ABC Accelerator in Munich, soon to come to Silicon Valley as well 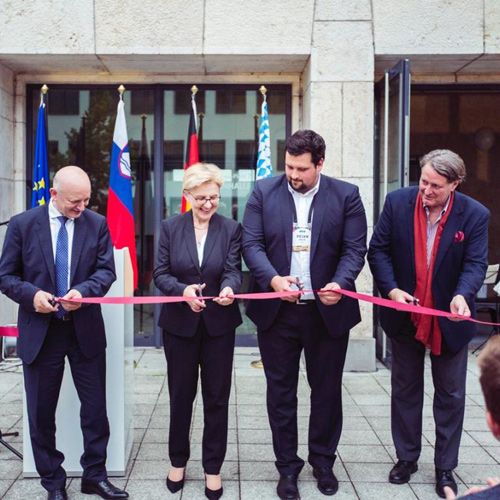 Following three very successfully realised programmes, the ABC Management has decided to lend a hand to even more inspiring businesspeople on the way to realising their goals – and not just anywhere, but in one of the cities with the highest share of start-ups per inhabitant in the world – in Munich.

On 30th June, the idea of expanding internationally became a reality as a festive opening ceremony ABC Venture Gates took place in the Bavarian capital. Over 800 square metres of area dedicated to ambitious entrepreneurial teams and their dreams finally opened its doors to the public. Even the selection of the building itself could not have been more appropriate.

In fact, it is quite interesting that this influential German city still has not acquired the reputation of a global capital of start-ups. The proximity of two world-renowned universities, exceptionally successful technological and developmental centres, as well as the surrounding area, full of globally established companies are merely some of the outstanding advantages of this city, which should – considering the circumstances – long ago become a metropolis of start-ups. However, Munich has not been a part of the foreground in this field until now. With its new business area, ABC Venture Gates is now determined to take on a new challenge.

The new centre offers not only the premises for investment-eager companies, but expert knowledge and a network of invaluable connections as well, comprising internationally established partners IBM, Lidl, BMW, Cisco, Microsoft, Petrol and BTC City, as well as active business patrons and investors. On top of that, the most promising start-ups can acquire investments from the ABC fond First Growth, while at the same time directly exploiting the ABC facilities in Silicon Valley and later on possibly relocating their offices to the Mecca of start-up business. In his speech upon the opening of the ABC Venture Gates, Dejan Roljič, the founder of ABC, informed the visitors that ABC Global Home would open its doors in Silicon Valley already on 1st August and that it would spread to Bangalore, India in 2017. Adding Munich and Ljubljana, it is a global combination that presents endless possibilities for testing, networking and fundraising.

An additional confirmation of ABC’s successful work was the speech, held by Jeff Burton, the co-founder of the legendary company Electronic Arts. Mr Burton met with the ABC Accelerator team during their second programme. Apparently, he loved their work enough to hold another speech at one of ABC’s most important turning point events so far. The importance of ABC Venture Gates for regional development was in their speeches emphasised also by Jožef Keček, Consul general of the Republic of Slovenia in Munich, and Maria Els, Vice-president of the District Government of Upper Bavaria.

Everyone present agreed that the opening presents a new chapter in the development of Bavarian start-up field. All those, too eager to wait and see the new centre in its full swing will soon be able to attend the 4th ABC programme, titled Internet of Things and Internet of Everything in Ljubljana. Applications are open until 31st July with all information available here.

All ambitious entrepreneurs can enjoy a new state-of-the-art centre available from now on at the former Munich airport that presents a ticket to the global market.