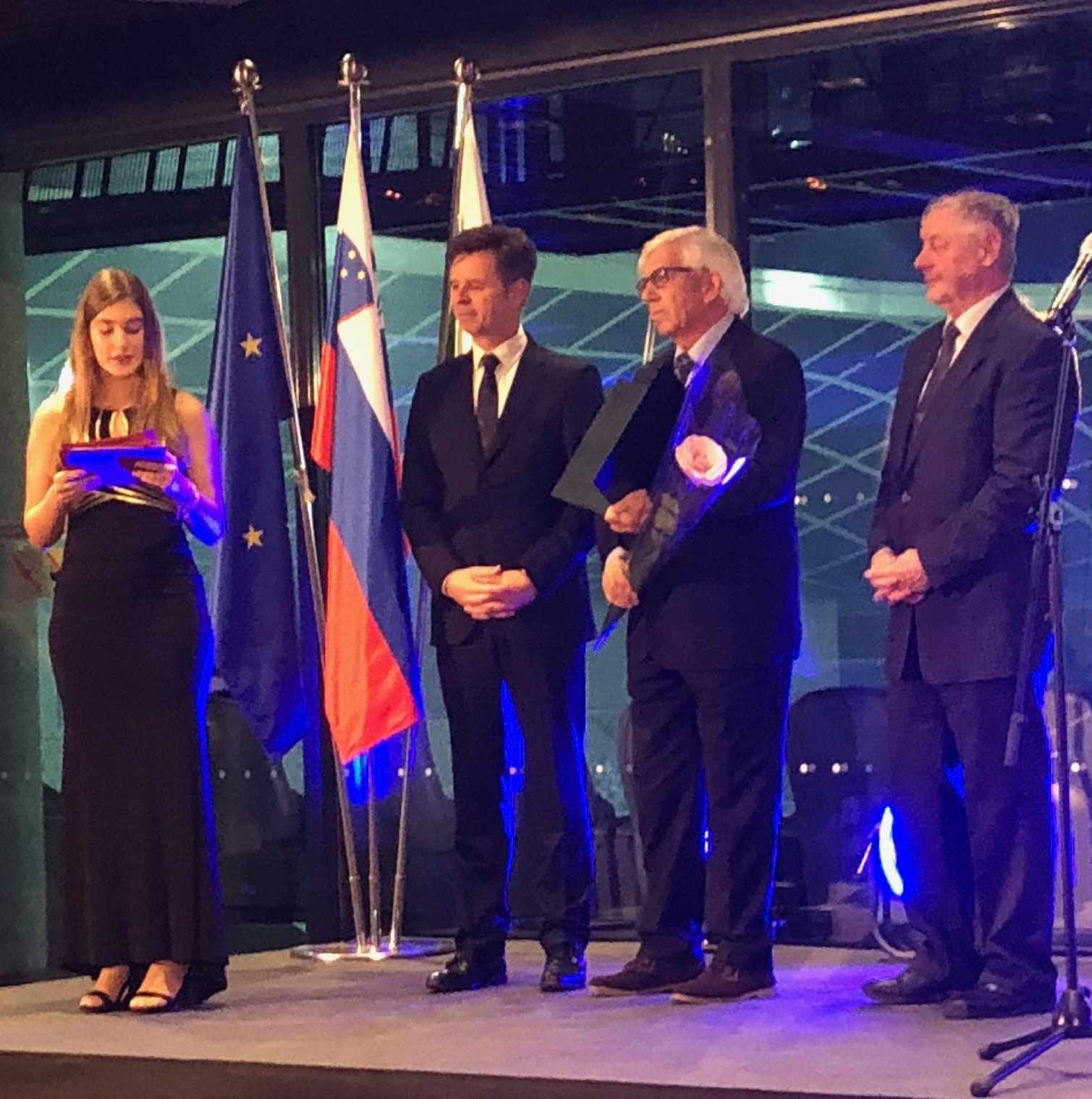 The Cycling Association KD Rog is the proud recipient of this year’s Marjan Rožanc Award for its activities in the expert and organisational field over a longer period. The City Municipality of Ljubljana has been awarding the Marjan Rožanc Award since 1992 for the achievements in the field of sports in the City Municipality of Ljubljana to voluntary sports workers, athletes, sports educators, professional sports workers, and sports journalists for their exceptional work in the previous year or for the work they have done over a longer period. Along with KD Rog, the recipients were also Darko Klarič, Stane Papež, and Simon Oven.

There are not many associations like KD Rog Ljubljana, which throughout its rich history, starting in 1949, has been achieving top results at competitions and in organising international recreational cycling events like the legendary Marathon Franja BTC City, which including different events grew to be the biggest three-day cycling festival on a global scale, the recognition of which can also be seen in it being entrusted with the organisation of the Amateur World Road Championship AWRC in 2014. An audacious idea by Tone Fornezzi – TOF and Zvone Zanoškar, the legend of Slovenian and Yugoslav cycling, who helped form top cyclists, including Franc Škerlj, Rudi Valenčič, Tone Ukmar, Janez Žirovnik, Andrej Boltežar, Jože Roner, Stane Božičnik, as well as professional cyclists, such as Vinko Polončič, Primož Čerin, and Jure Pavlič.

KD Rog’s cycling school produced cyclists, such as Gorazd Penko, Boris Premužič, Robert Pintarič, Igor Kranjec, Andrej Hauptman (placing 3rd and 4th at the World Championship in 2001 and 2002 and 5th at the 2004 Olympics in Athens), and Zoran Klemenčič (winning the U23 European Championship in 1998 and placing 5th at the World Championship in Belgium in 2002). They were succeeded by Jan Tratnik winning the European Championship and Tadej Pogačar placing 1st at the Tour de l’Avenir in France this year, as well as many other top competitors who won medals at world and European championships as a result of the professional work of their coaches; the members of KD Rog placed among the first 20 at the Olympics, Youth Olympics, world championships, and European championships on more than 25 occasions.

Merely a year after it has been founded, Women’s Professional Cycling Team BTC City Ljubljana placed 8th at the team trial event in USA, claiming its first victory only a year later at WorldTour with Eugenia Bujak in Plouay, which was followed by excellent achievements of Polona Batagelj and Urška Pintar. With television broadcast and promotional activities, supported by the main sponsors – the City Municipality of Ljubljana and the BTC Company along with other supporters, the biggest success of the team is its contribution to presenting both Slovenian brands at the biggest cycling competitions on the global scale, as well as ensuring the recognisability of the city of Ljubljana in the world. Truly the biggest achievement of the association, however, is the organisation of the first stage of Giro, which proved to be a world-resounding event.

We consider the support of the BTC Company for Slovenian sport as a reciprocal co-operation that transcends one-time sponsorships and donations. Together with athletes and sports associations, we are building firm relationships and are actively co-creating the achievements of individuals and organisations in different fields. Our support enables their continuous training and participation at local and foreign competitions. It is our firm belief that the secret to numerous success stories lies in the strength of the support, which for the people involved represents the impetus for the achievement of set goals. Their achieving of goals is our main encouragement for our annual support of up-and-coming, as well as the already established successful athletes.