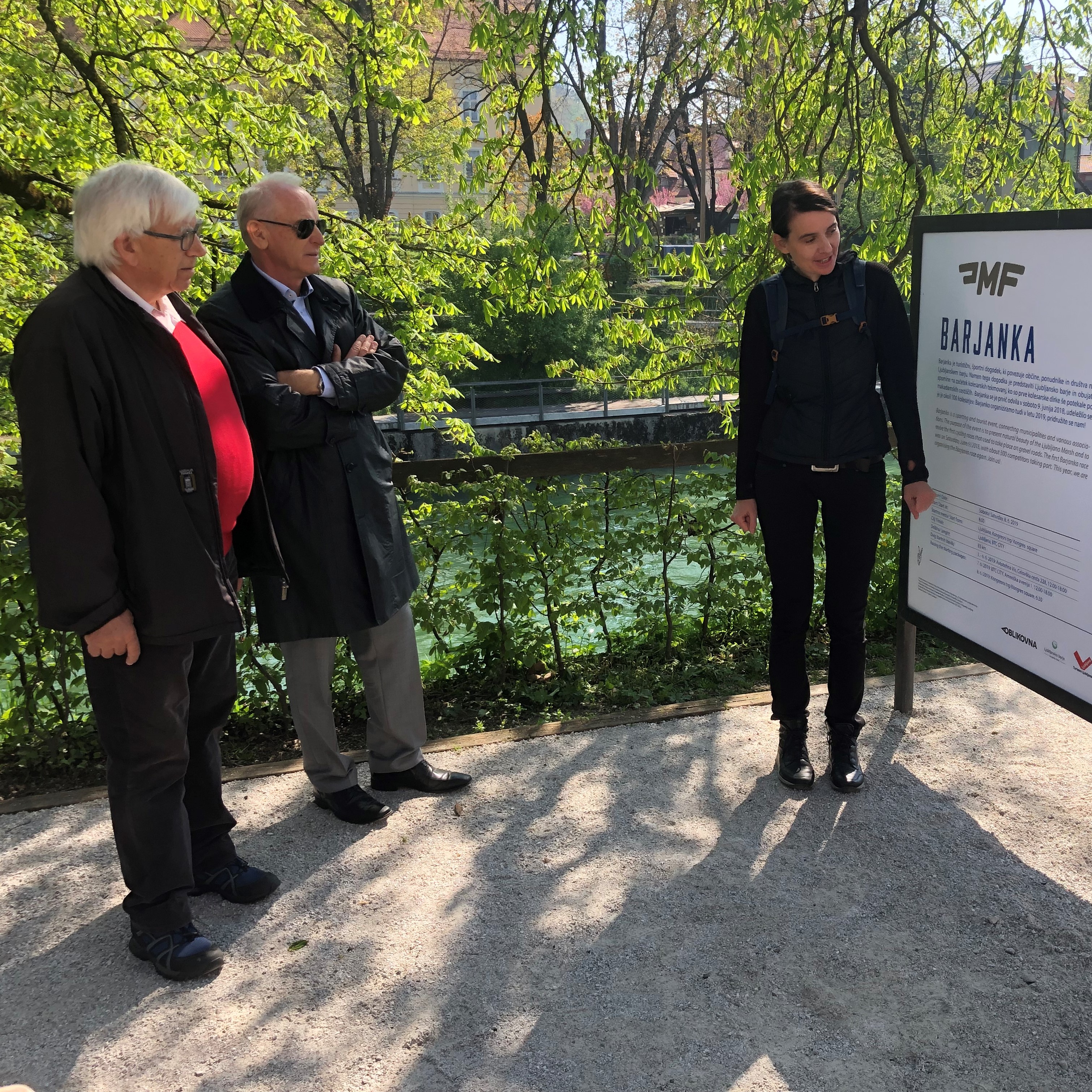 Yesterday, the lobby of Križanke hosted the opening of the Exhibition Barjanka which with the exhibited photographs brings back memories of last year’s premiere edition of the recreational cycling marathon course of the Marathon Franja BTC City and at the same time invites even more participants to join this picturesque cycling event. The exhibition is a result of the cooperation among the Cycling Association KD Rog, the BTC Company, the Ljubljana Marshes municipalities, Ljubljana Tourism, and the Secondary School for Design and Photography Ljubljana (SŠOF), intertwining sports, tourism, nature, culture, and education. The exhibition will be open for public until 15th May on the embankment Krakovski nasip.

At the opening, guests were greeted with speeches by editor of the exhibition, Maša Bratina, principal of SŠOF, Gregor Markelj, director of Public Institute KP Ljubljana Marshes, Janez Kastelic, vice-mayor of the City Municipality of Ljubljana, Aleš Čerin, and Jože Mermal, president of Marathon Franja BTC City Organising Committee and president of the BTC Company Management Board. Following the introductory part of the event, together with the guests they took a stroll along the embankment Krakovski nasip to visit the exhibition. The boards on the embankment present photographs from the last year’s recreational cycling marathon Barjanka, some motifs of the Ljubljana Marshes landscape and sights, as well as suggestions for the Barjanka medals, designed by secondary school students from SŠOF.

A large portion of Ljubljana locals is not even aware of what is right at the threshold of their city. Those who have heard about the Ljubljana Marshes only from the news, weather forecast, or when passing the area by car, probably know it best for the floods, fog, and plains with rare lines of trees and solitary hills. Yet, there is much more to the Ljubljana Marshes. This is a special area which is home to numerous treasures of natural and cultural heritage. This is why in 2008 this area became protected as the Ljubljana Marshes Nature Park. In 2011, the pile dwellings in Ig, together with other pile dwellings around the Alps, were proclaimed as world cultural heritage ¬– UNESCO’s Prehistoric Pile Dwellings around the Alps. Yet, this is not the only reason why the Ljubljana Marshes are protected ¬– not only due to the biodiversity of flora and fauna and rich archaeological findings, but also in order to protect humanity. A well-protected nature reflects in a healthy living environment, fresh and clean air, uncontaminated water sources, and soil. Therefore, it is of utmost importance to be well aware of the significance of this area and of the ways of managing and visiting it properly. The best way to visit the Ljubljana Marshes is on foot, by boat, or by bicycle.