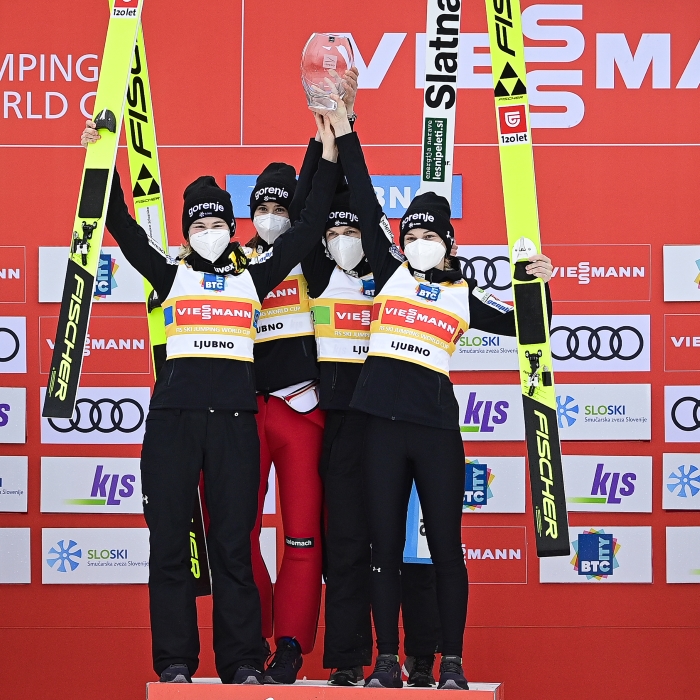 At this year’s FIS Women Ski Jumping World Cup in Ljubno, an event that has been supported by BTC for over a decade, Slovenian ski jumpers achieved a historic team victory and outstanding individual results.

The team event took place beneath the Rajhovka peak on Saturday, and Slovenian ski jumpers flew to the top right from the get go. Ema Klinec, Urša Bogataj, Špela Rogelj and Nika Križnar were already in the lead after the first round. With her first jump, Ema Klinec flew 96 metres far, which motivated the other girls to also put in great efforts. They solidified their first team victory in the FIS World Cup with more excellent jumps in the final round.

Sunday afternoon belonged to the individual event. Ema Klinec, Slovenia’s best competitor already at the Saturday team event, jumped onto the podium once again, achieving an outstanding second place. After being in the lead halfway through, she finally dropped only 1.4 points behind the winner, Norway’s Eirin Maria Kvandal.