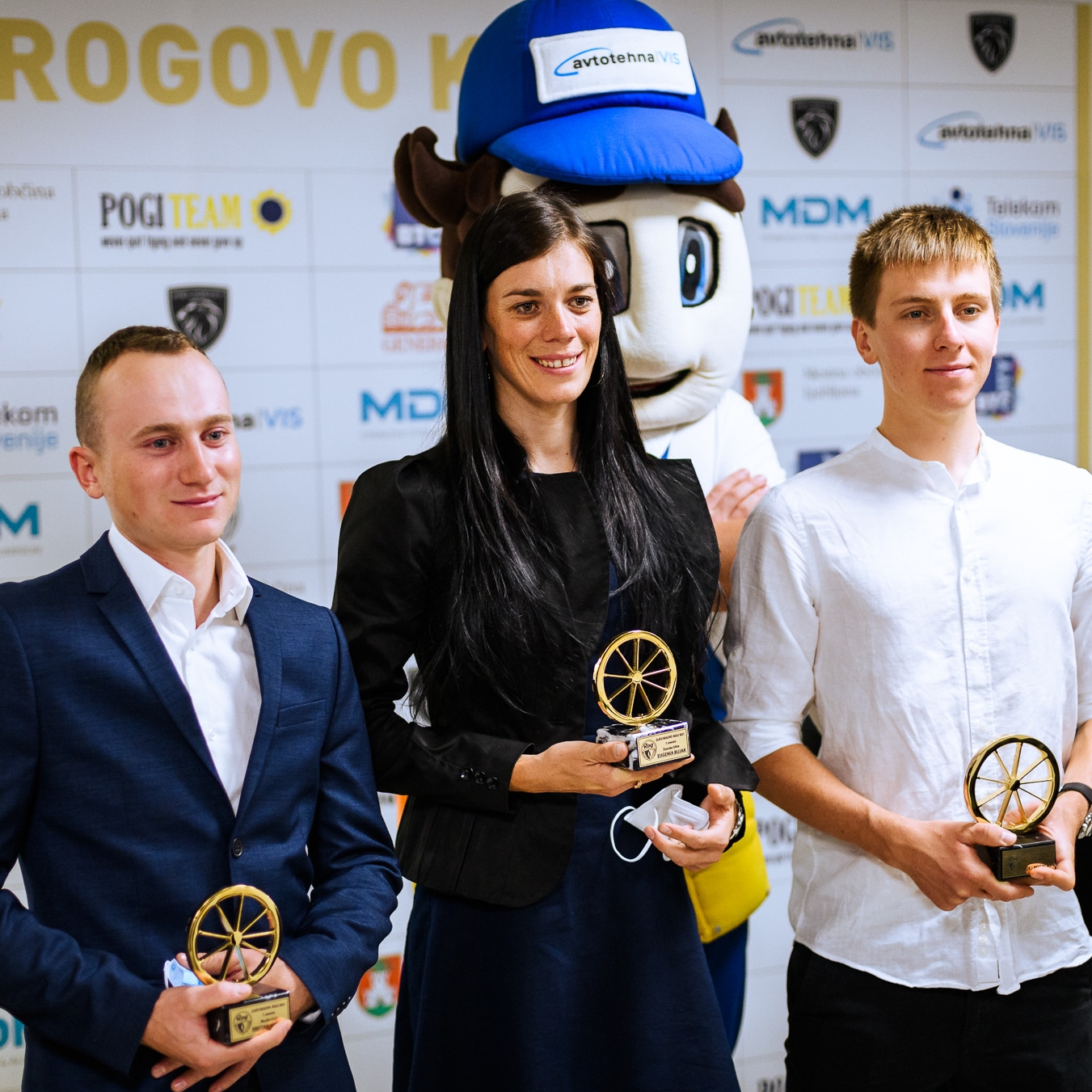 Cycling club KD Rog bestows the prestigious award annually to the best Slovenian male, female and U23 cyclists on the UCI World Rankings. At this year’s celebratory 40th award ceremony, which took place on November 4, the award for the best male cyclist of 2021, presented by the Mayor of Ljubljana, Zoran Janković, went to Tadej Pogačar, the Slovenian cycling virtuoso, two-time winner of the Tour de France and the first Slovenian cyclist to win an Olympic medal (bronze in the Tokyo 2020 Road Race). The award for best female cyclist went to Eugenia Bujak, member of team Alé BTC Ljubljana, and the award for best U23 cyclist went to Kristjan Hočevar from Novo mesto’s Adria Mobil.

Eugenia Bujak, member of team Alé BTC Ljubljana, accepted the award from Miha Mermal, Chief Marketing and Sustainability Officer at the BTC company. Eugenia Bujak, who took 19th place at this year’s Tokyo Olympics, thanked her sponsors, without whom, as she said, she couldn’t have been so successful. She particularly thanked Jože Mermal and Maja Oven from the BTC company and Mayor Zoran Janković for their support of women’s cycling and added: “Thanks also to cycling club KD Rog, my coach Gorazd Penko for 8 years of coaching and, I hope, a couple of more, and thanks also to my husband Miloš for his unwavering support. Thank you to the Slovenian Cycling Federation and the Olympic Committee of Slovenia for funding my preparation for the Olympic Games and for making it possible for the Slovenian national team to compete.”

In his acceptance speech, the U23 Golden Wheel Award recipient Kristjan Hočevar, the best young cyclist at the Tour of Slovenia, thanked his home club Adria Mobil, which made his success possible, and the Slovenian Cycling Federation.

At the event, a grant was also given to the promising young cyclist Tjaša Sušnik, member of the BTC City Ljubljana Scott junior team, presented by Miha Mermal, Chief Marketing and Sustainability Officer at the BTC company.