Truhoma for the full transparency of philanthropy 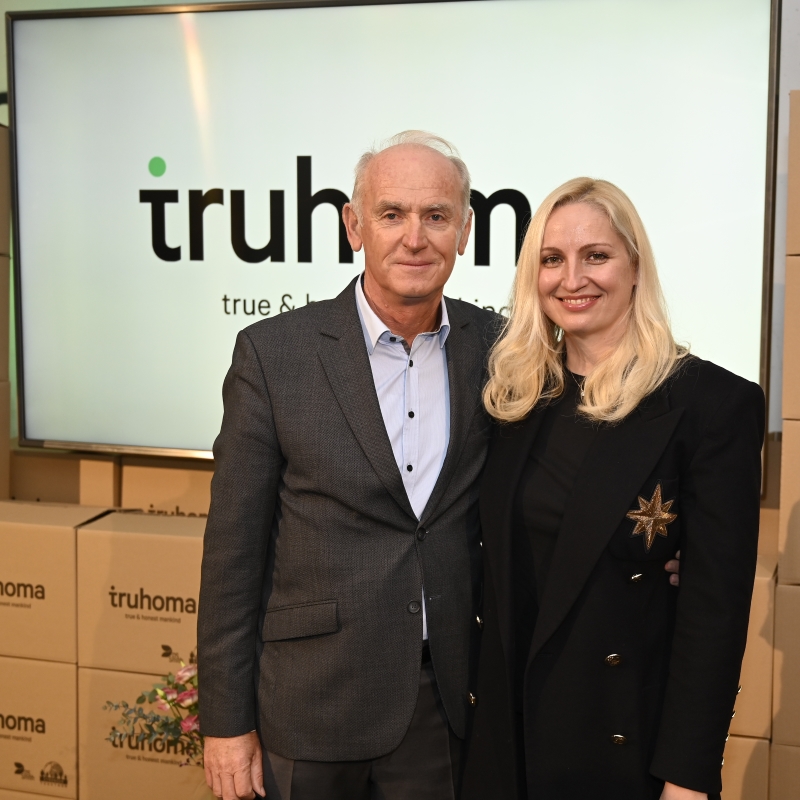 In late November, Ana Lukner Roljić, entrepreneur and founder of Truhoma and the humanitarian organisation Anina zvezdica, was joined by her team and partners in the warehouse of Anina zvezdica in BTC City Ljubljana to present the project of her life – Truhoma, a global philanthropic platform which aims to modernise and improve the workings of philanthropy.

In her desire to modernise and improve philanthropy in Slovenia and around the world, Ana Lukner Roljić, who first started helping people with Anina zvezdica (“Anna’s little star”) 12 years ago, combined the latest technologies with philanthropy to create the innovative platform Truhoma, where Truhoma stands for “True and Honest Mankind”. By integrating innovative technologies into the world of philanthropy, she is introducing to it full transparency, traceability and efficiency, as well as setting new unified philanthropic standards.

“I first encountered blockchain technology towards the end of 2015 and soon understood that it would be incredibly important for the future. In my case, it represents a tool we can use to solve many issues in philanthropy. I started to develop my idea, put together a team of over 25 people and partners, and almost two years ago, we started developing Version 1 of project Truhoma. We are based in San Jose, California, but our first local entity is in Slovenia, which also came to life first. Right now, we’re already developing Version 1 for America, with the launch planned for the first quarter of 2022,” said Ana Lukner Roljić at the presentation. She stressed that she often feels terrible when she sees the excessive gap between those who have and those who don’t. “Too many people, too many children are hungry and just barely get by. Even harder times are around the corner, and we see the people’s hardships right there on the frontline, so it’s really awful. It’s all the worse because it’s happening everywhere around us, and also because I know that there is enough of everything in the world for all of us to live decent lives,” she added.

The groundbreaking character and philanthropic goals of the platform have been recognised by its ambassador Peter Poles, as well as many foreign and Slovenian entrepreneurs, who showed support for Truhoma at the project’s presentation. One of them was also Jože Mermal, Chairman of the BTC company’s Board of Directors, who said: “We’re very proud that our ‘little stars’ have called BTC City Ljubljana their home for over 9 years and that the central warehouse in Arena 18 is dedicated to collecting food and other essentials. All these years, the volunteers led by Ana Lukner Roljić have been spurred on by their thoughts, wishes and hearts devoted to helping those in need. Years ago, Ana started to further develop her mission and arrived at project Truhoma, which has the BTC company’s support since it creates a completely new, fully transparent way of doing philanthropy, and has an international aspect to it.”

Truhoma is an online platform where people in need can ask for help in the shape of aid packages containing food, cleaning products, hygiene products and baby products. Applications can be individual, submitted by families or individual persons, or take the form of a project, published on the Truhoma platform by a charity. Package purchases are funded by donors, and packages are delivered directly to those in need. The platform enables families and people in need to submit requests for the aid packages they need, and it also enables charities to raise money for aid packages which are then distributed to the people in need on their list. When an aid package request or charity project is entirely funded by one or more donors, the aid packages are delivered to those who need them. The delivery is carried out by merchants who have entered into a partnership agreement with us. The platform is free of charge for all, since its operation is funded exclusively with private donations of the Truhoma Fund Inc. (San Jose, USA), which are completely separate from aid package donations.

Truhoma for the full transparency of philanthropy