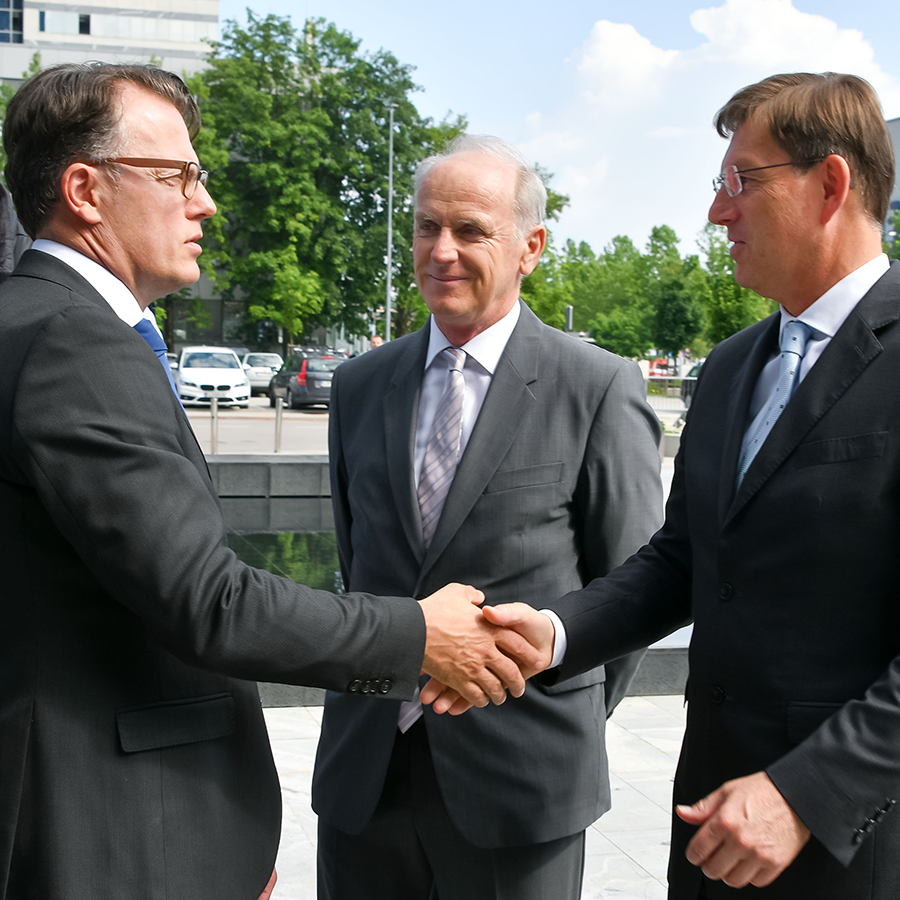 Today, in BTC City Ljubljana, Slovenian Prime Minister Dr. Miro Cerar opened the international conference on the digitisation of society and blockchain technology Beyond 4.0, organised by the Adriatic Council. Alongside the conference, BTC City also saw the cryptopayment via the Elipay platform which was made by Mr. Tadej Slapnik, State Secretary in the office of Prime Minister of Republic of Slovenia . Ljubljana’s BTC City is increasingly developing into the first Bitcoin City in the world.

Today, the Crystal Palace in BTC City Ljubljana hosted the Beyond 4.0 event under the auspices of the Adriatic Council, which promotes and pursues a strong regional economic community of all the states that emerged following the disintegration of Yugoslavia, as well as others. In his welcoming address, Dr. Miro Cerar, Prime Minister of the Republic of Slovenia, emphasised the importance of knowledge exchange and cooperation, and encouraged participants and award-winners to keep pursuing their endeavours in the field of digitisation.

The BTC company is also developing and perpetually introducing new cutting-edge technologies and smart solutions in its environment. Representatives of BTC took the opportunity arising with the conference to present to Dr. Miro Cerar, Prime Minister of the Republic of Slovenia, and Tadej Slapnik, State Secretary in the Office of the Prime Minister, the concept of Bitcoin City, an integral part of which is also the new cryptopayment system Elipay, which enables payment with cryptocurrencies in the physical world. In the company of Jože Mermal, President of the BTC Management Board, Dejan Roljič, founder of Eligma, Tadej Slapnik, State Secretary in the Office of the Prime Minister, and Julij Božič, Director of Digitisation and Innovation at BTC, Dr. Miro Cerar visited the restaurant Restavracija City in the BTC Business Tower, whereupon Mr. Slapnik treated the other guests and, for the first time ever, paid his bill with a cryptocurrency through the Elipay payment platform, developed by Eligma.

The event is a model showcase of how the transition into a digital society, highlighted by the slogan “Slovenia: a green reference country in a digital Europe”, is implemented by bringing together stakeholders from the economic sphere and the government in a real-world environment. In the scope of its own BTC Living Lab (i.e. its testing ground), BTC City enables the support and development of advanced digital solutions and their introduction in a real environment in order to provide the public at large and every single individual with an opportunity to remain in touch with modern technologies.

The development of BTC City into a Bitcoin City is an important step towards the realisation of BTC’s openness-oriented strategy, providing its customers and business partners with freedom and choice regarding their purchases with new forms of payment.