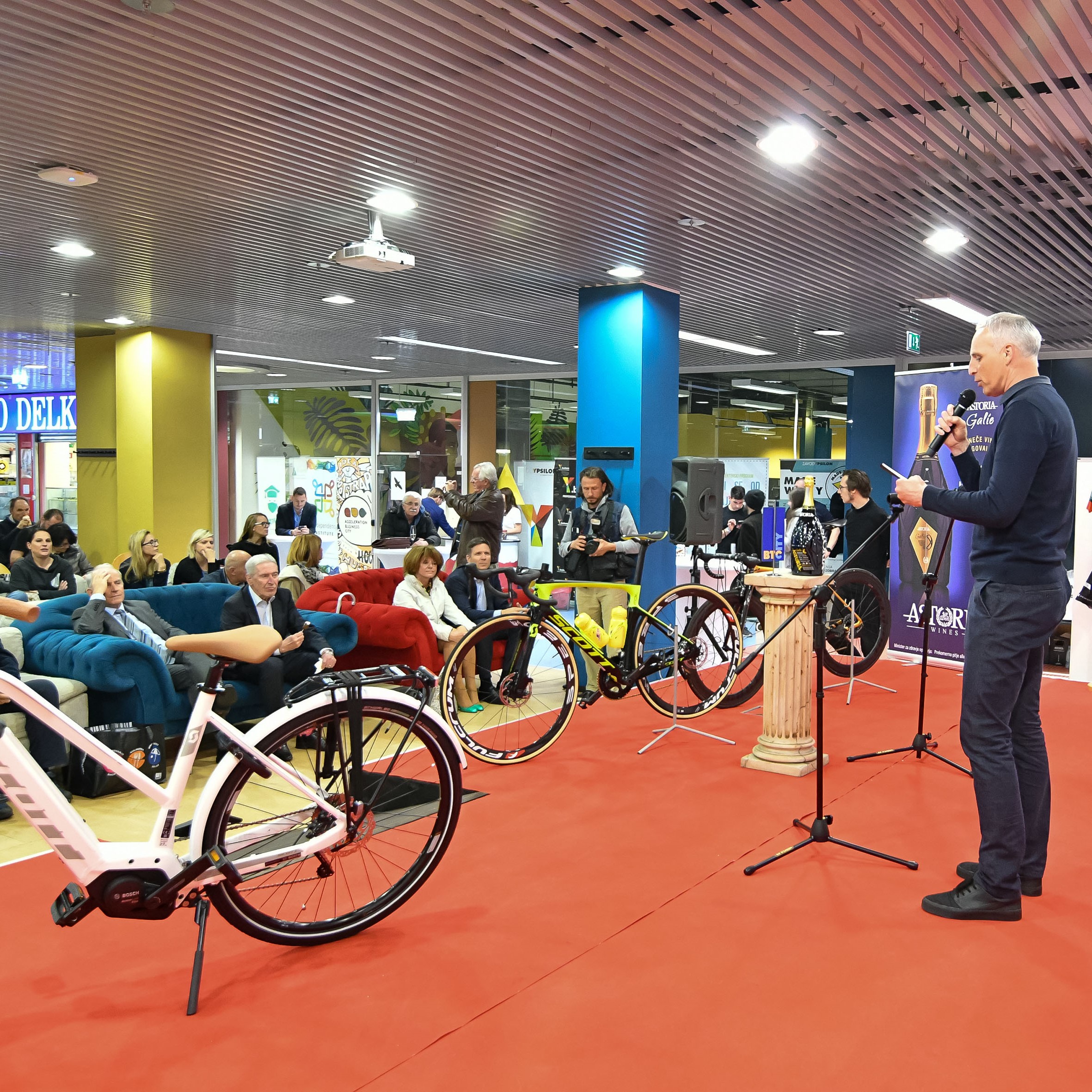 The second weekend in June, between 7th and 9th May 2019, will be marked by a true cycling festival as Ljubljana will host the 38th edition of Marathon Franja BTC City. At today’s press conference, held in the ABC Hub in BTC City Ljubljana, the event’s organisers – Cycling Association KD Rog with the support of the BTC Company, the City Municipality of Ljubljana, Ljubljana Marshes Nature Park, and other partners presented this year’s cycling trials to all the cycling enthusiasts.

Marathon Franja BTC City is a sports-recreational event with the longest tradition in Slovenia as well as in the world marathon series UCI Gran Fondo World. This year’s marathon will offer six cycling trials for racers of different capabilities: Marathon Franja BTC City (156 km), Triglav Little Marathon Franja (97 km), Time Trial (22/44 km), Family and School Marathon for everybody (22 km), Vzajemna Kids Marathon (1.2 km), and Barjanka (83 km). The total length of all courses is more than 380 kilometres, as the last novelty to be included in Marathon Franja BTC City was last year’s addition – Barjanka, which will be organised also this year, since it received a lot of praise from last year’s participants. This is a course intended to offer cyclists a unique tourist-sports experience, through which they will get to know better the environment, local peculiarities, and customs of the Ljubljana Marshes area.

The marathon will be accompanied by a rich complementary programme with a cycling fair and the award-giving ceremonies for the best racers of individual trials, as well as for families, schools, and organised groups, participating with the highest number of members.

During the press conference, the Marathon Franja BTC City Director Gorazd Penko pointed out: “Personally, I always see Marathon Franja as full of emotions, cooperation, patience, and especially of persistence and socialising. The same can be said also for the organising committee, numerous volunteers, partners, and racers at the marathon. I am proud to say that in 38 years, we always managed to put together an event which can be seen as exemplary for similar events at home and abroad.”

The central area of the cycling event, including the offer of cycling products and services, as well as accompanying activities will once again be located in BTC City Ljubljana. “Marathon Franja has a special place in the BTC Company. The year 2003, when we became supporters of the marathon, also represents the beginning of our cycling story. Today, the marathon is recognised as the biggest cycling event in Slovenia, which contributes to the promotion of cycling, a healthy lifestyle, and Slovenia as a green tourist destination. We are especially thrilled to see the marathon becoming a platform for all generations to socialise and have fun, while at the same time offering opportunities for business cooperation,” pointed out Jože Mermal, President of the Marathon Franja BTC City Organising Committee and President of the BTC Management Board.

Aleš Čerin, deputy mayor of the City Municipality of Ljubljana, added: “The core of sustainable development and the traffic strategy of Ljubljana among others lies also in the decrease in car use and the increase in the use of public transportation, with special emphasis on cycling. We are very successful in our endeavours and we can safely say that Ljubljana is a sports and especially a cycling city. Significantly contributing to sustainable development is also Marathon Franja BTC City, a traditional event in Ljubljana which does not only encourage the everyday use of bicycles but is also a top sports-recreational event which attracts thousands of participants from Slovenia and abroad each year. We are pleased to see this being another project in which the city of Ljubljana excellently co-operates with the BTC Company, which this year is celebrating 65 years of successful business operations. In the future, the city of Ljubljana will continue to significantly contribute to the realisation of this event, especially since it is organised by a large and capable team. I am certain that last year’s novelty – Barjanka – will prove to be a welcoming addition to Marathon Franja.”

In its 37 editions, the marathon saw the participation of more than 150,000 officially registered cyclists from more than 70 countries. In recent years, the attendance exceeded 7,000 cyclists, with the marathon boasting an organising team of almost 2,000 members per year. The aim of the event is reaching racing goals of professional cyclists and encouraging recreational sports among participants of all age categories. For example, in the last year’s marathon, 50% of all participants took part in the family marathon, while 2% of all participants were aged 65 or above. The oldest male racer was 84 and the oldest female racer 70, both competing in the 97-km event. Besides numerous enthusiastic fans, Marathon Franja joins families and people of all generations, with the number of female participants increasing. Last year, 11.6% of female participants took part in the event across all six trials. Contributing significantly to the popularity of women’s cycling in Slovenia are also members of the BTC City Ljubljana cycling team, additionally raising awareness about the importance of Slovene cycling among the world cycling elite with each pedalled kilometre.

More about Marathon Franja BTC City and the event’s programme is available on the website.