More than 5,000 Cyclists on the Course of Good Old Franja 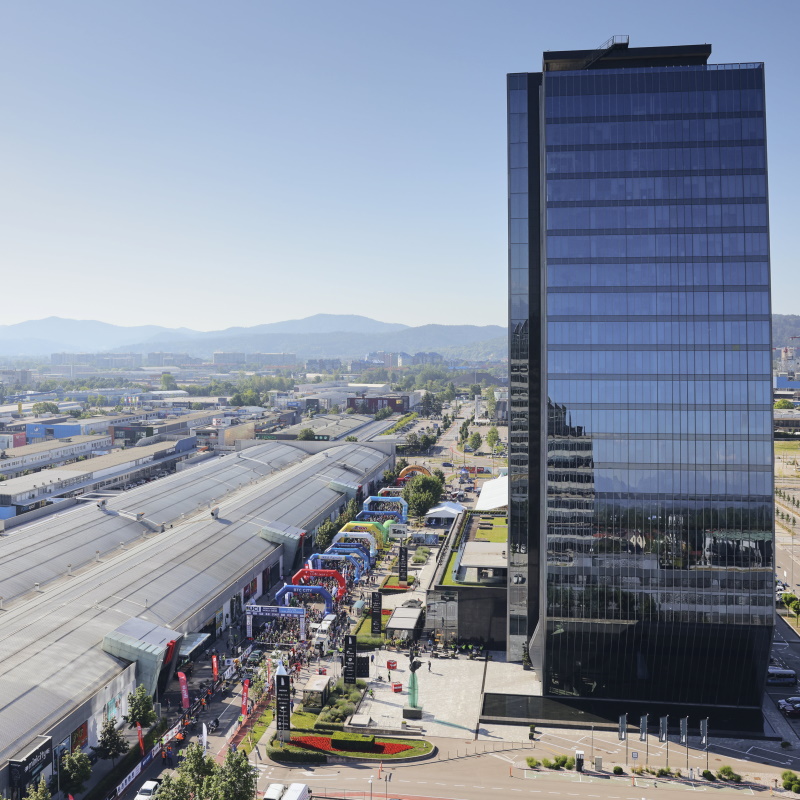 During the past weekend, on 11th and 12th June 2022, Slovenia was full of cycling spirit. More than 5,000 participants from 32 countries, thousands of fans along the courses and more than 2,600 members of the organising staff and volunteers put together their inspiring energy for the 41st Marathon Franja BTC City. After two limited editions due to epidemic restrictions, Franja is finally back to its old self. As such, it has taken friends of cycling of all generations from 35 countries who attended this very popular cycling festival across all five courses. The marathon was also a chance for cyclists to qualify for the Amateur Cycling World Championships which will take place from 15th to 18th September 2022 in Italy. The 41st Marathon was special also because it marked 20 years of the BTC company’s general sponsorship of Marathon Franja.

Marathon Franja BTC City is the biggest sports and recreational event, not only in Slovenia but also much wider. This year’s 41st edition has after two years of restrictions been carried out like before, since cyclists were able to socialise and have fun after crossing the finish line in BTC City Ljubljana.

Cyclists enjoyed riding on five Franja courses, categorised per their level of difficulty. The most driven participants took on the 156-kilometre-long Marathon Franja BTC City course. The next course was the Triglav Little Marathon Franja with its 97 km. Those who opted for Barjanka Hervis were treated to a 72-kilometre-long panoramic experience riding across the Ljubljana Marshes Landscape Park. Families with kids, school children and cycling beginners took part in the 21-kilometre-long IKEA Family Marathon, while the youngest raced on the 1200-metre-long circular course on the Slovenska cesta road in the scope of the Vzajemko’s Kids Cycling Challenge.

As is fitting for the cradle of Slovenian cycling champions, this year, we saw a lot of young promising cyclists, for whom Franja is an excellent stepping stone towards the top of world cycling. Franja also plays an important role in the strengthening of women’s cycling. Over the last few years, the participation of women cyclists at Franja (with the exception of 2020 and 2021) has already surpassed 25% of all participants, which is an encouraging fact. The BTC company and cycling club KD Rog are among the biggest supporters of women participating in the event, as they together train a young generation of women cyclists as part of the BTC City Ljubljana Scott team and thereby contribute to further impetus of women’s cycling.

A former top Dutch cyclist, Johnny Hoogerland, defended his last year’s Franja win. His main rival was Alexander Steffens from Germany with his team – the winner of 37th Franja. It was Johnny Hoogerland who successfully captured the win, while Laura Šimenc won in the women’s classification.

The 41st Franja is especially important to the BTC company, which this year celebrates the 20th anniversary of being a general sponsor of the event. Jože Mermal, Chairman of the Board of Directors at BTC, d. d., enthusiastically said at the conclusion of the marathon: “The last weekend was really special. After two years of Covid-19 restrictions, Franja came back in the shape and form we all know and love. Her return did not leave us indifferent. On the contrary, joy, excitement and positive energy were felt at every step. It is clear, we were all eagerly waiting for her to return, which was seen in the number of participants as well as in the atmosphere that graced both marathon days. Once again, Franja has brought us all together – recreational and professional cyclists, fans, companies, organisers, entertainers and volunteers – and added a new chapter to her amazing story. And even though this is an endless story and a story of an exceptional journey, each marathon represents a milestone along the way, proving that we are on the right path. I am grateful to each and every one who helps us write the Marathon Franja BTC City story.”

Gorazd Penko, Marathon Franja BTC City Director, is still full of impressions of Franja’s weekend and the atmosphere surrounding it: “I am very happy and proud to see another Franja being successfully carried out. Together with the organisers, we have been working very hard on the event and our efforts paid off immediately when we saw how full of smiling and driven cyclists our roads were. They did not just come to race or win, they came to socialise, get motivated, dream their cycling dreams or simply enjoy in this cycling festival. Without the strong willpower of all the organisers, partners and volunteers, this would not be possible. I am thankful to all, who have used their energy to create this unique event and have thereby safely brought thousands of cycling enthusiasts across all the Franja courses. The first Franja after the Covid-19 pandemic was on the same level as the last one before Covid-19 in 2019. We did not reach a new milestone in the total number of participants, yet we registered more than 500 participants from abroad, which is a new record. This is also one of the reasons why there were only five Slovenian cyclists in the top 20. A racer from Spain said to me that he never before attended such a marathon and that he will definitely recommend it to all his cycling friends.” That is why the marathon director is sure that the story of Franja will grow bigger and bigger across the Slovenian borders.

As for many years already, BTC City Ljubljana was the central event area of Marathon Franja also this year. “The BTC company has been a loyal supporter and sponsor of Marathon Franja for 20 years, which makes us very proud. We observed the transformation of Franja from a 1-day to a 2- and later on 3-day event, which is much more than just another cycling event. It is a sports and social event which opens new partnerships and nurtures the already established ones. The realisation of the marathon once again rekindled the winning energy in us and filled us with such joy that only a magnificent cycling festival like Franja can,” said Damjan Kralj, M.Sc., Chief Executive Officer at BTC.

According to research made by Mediana in 2021 (Perception of Olympic Games and Sponsorships – Sport for All), cycling is the most widespread sport in Slovenia among the active population. This and other fascinating data on cycling and Marathon Franja BTC City was shared by Maja Oven, Director of Market Communications and Public Relations Sector at BTC, at this year’s PRO PR conference as part of her presentation “Marathon Franja: From a Cycling Event to a Movement”. In honour of a long and rich Slovenian cycling history, KD Rog prepared an exhibition “From the Oldest Wheel in the World to the Cycling Top of the World” on display in the Town Hall in Ljubljana, from 3rd to 19th June 2022. The exhibition magnificently complements the celebration of cycling that we witnessed over the past weekend. A cherry on top of the cycling month is the Velo-City 2022 cycling congress which will take place between 14th and 17th June 2022 in Ljubljana. Included in the congress will also be the cycling parade of 11-kilometre cycling on the streets of Ljubljana.

The Marathon Franja story has its beginnings in the 1980s. The idea for the marathon came from the legends of Slovenian and Yugoslav cycling, Zvone Zanoškar, and a big cycling and sports enthusiast, Tone Fornezzi Tof, who is always full of original ideas. As an experienced cyclist, he had the marathon course designed already in 1978. Together with Zvone Zanoškar and two top cyclists of KD Rog of that time, Andrej Žavbi and Vinko Polončič, they cycled the course one year later. During a break in Cerkno, they saw a sign with the words “Bolnišnica Franja” (English: “Hospital Franja), and immediately got an idea of the marathon being named after this hospital and its head, Dr Franja Bojc Bidovec. Her values of comradeship, perseverance, nobility, courage and determination may be attributed to cycling. The first official Marathon Franja took place in July 1982, when 700 cyclists battled with the course. Since then, as much as 10 cyclists – Roman Blatnik, Ljubo Dobaj, Dušan Dobnikar, Jože Dovžan, Ivan Ertl, Bojan Mandeljc, Konrad Merlak, Milovan Plahuta, Andrej Repovš and Ferdinand Vičič – cycled in all 41 marathons.

In its 41 editions, Marathon Franja BTC City hosted a whopping total of more than 160,000 officially registered cyclists from more than 70 countries across the world. In 2020, Marathon Franja was the only UCI Gran Fondo cycling marathon in the World Series, which was carried out during the pandemic. The event aims to fulfil the racing goals of professional cyclists, encourage recreational sports among all generations and contribute to greater equality of women cyclists.