We tested the new generation of Rog’s Pony bicycles 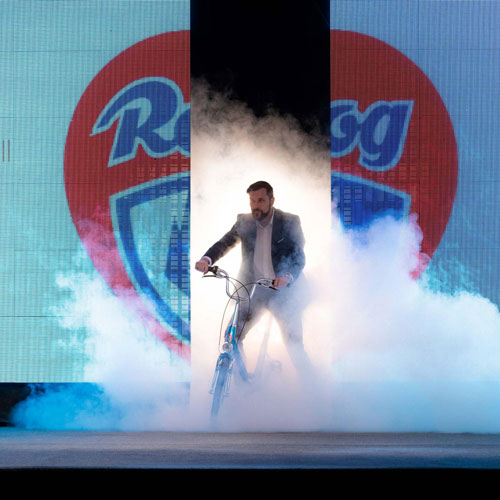 Bicycles will be assembled in production facilities in Velenje, where long awaited retro beauties were first shown to the public at a special exhibition. Though Pony bicycles remain recognisable and true to their traditional outlook, they are in fact very modern and attractive, featuring even better ergonomics and top-notch materials. The emphasis in manufacturing new Rog bicycles, which will hit the streets in spring, can especially be seen in the quality and the superb design, both representing the result of in-depth research and development over the past few months, which will be the focus of the GOR Kolesa Company also in the future, especially in the sense of dedicated time and funding.

The new Pony bicycles, intended for both younger and older generations, are already available online for pre-order purchase in more than 28 varieties. The first 500 bicycles from a unique series will be numbered and will include a special feature – a Brooks seat. Pre-order purchases will be possible until spring, when the company’s specialised shop in Ljubljana will open its doors, so that fans of Rog bicycles will be able to test the products as well.

The first aluminium Pony bicycle features gearing like never before – buyers will be able to choose from a fixed-gear, three-gear or five-gear setup. Pony comes in many varieties and colour combinations, features improved driving characteristics, and can be adjusted for different body types regarding height and weight or for younger cyclists as well, since even brake levers are adjustable. In this respect, the new Pony is truly suitable for everyone.

“We are proud to present the new Pony which – according to the mass response of the cyclists on social networks – has been missed dearly, especially since it has always been seen as a symbol of quality. We wish to preserve the good name of the bicycle, therefore over the past few months a lot of effort has been invested in putting together a quality product made on Slovenian soil using Slovenian knowledge,” said Rok Lesjak, the managing director of the GOR Kolesa Company. “To start with, the buyers will be able to choose from three varieties in 28 different colours, with electrical bicycles expanding the offer in the future. Our investments will focus on development, which is essential for the preservation of a quality trademark. Using an innovative approach, we will gradually bring the trademark closer to end-users. Our endeavours will follow in the direction of the new Pony’s popularity reaching and surpassing that of its predecessor.”