President of BTC Management Board, Jože Mermal, to receive the title Honorary Citizen of Ljubljana 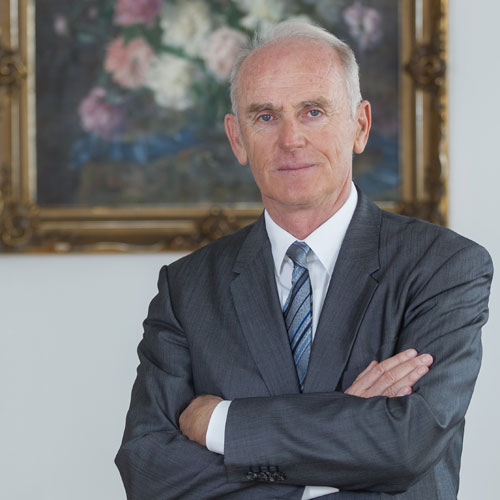 The title awarding jury of the City Municipality of Ljubljana nominates candidates for the Honorary Citizen title by considering criteria, such as candidate’s exceptional lifetime achievements, distinguished by vision, welfare, cooperation or care for the prosperity or promotion of MOL. Upon the proposal by the jury’s decision, dated 18 April 2017, at the City Council meeting the awarding of this title to two candidates, one of them being Jože Mermal, was confirmed. As the President of the BTC Management Board, Jože Mermal has for the past 24 years successfully managed the BTC Company, and is also the author of the broadly planned project BTC City, which represents a unique business example on the global scale.

The explanation of the decision for awarding the title of Honorary Citizen of Ljubljana to Jože Mermal points out that under his leadership the BTC Company over the past twenty years has developed from an organiser of the first Slovenian shopping centre in Slovenia to the manager of one of the largest European business, shopping, recreational and entertainment centres. On Mr Mermal’s initiative, the BTC Development Strategy 2020 was formed, in compliance with which BTC City Ljubljana became an innovative city in 2015. With the establishment of the international ABC Accelerator, the BTC Company enables the formation and implementation of ideas into business models that find their way onto the global markets.

Among the achievements that led to Jože Mermal receiving the title Honorary Citizen of Ljubljana were his numerous social and business roles. Awards and recognitions, received by the honouree for his activities, projects, and organisations, supported by the BTC Company under his leadership, should not be overlooked, as well. Especially great value for Ljubljana and its citizens can be seen in the personal pledge of Jože Mermal, who in cooperation with MOL worked on projects, such as Partnership Šmartinska and IKEA, and who strived for this year’s signing of the Agreement on New Road Infrastructure for the realisation of the investment in the amount of 300 Million Euro in the broader BTC City Ljubljana area.

A detailed explanation of awarding the title Honorary Citizen of Ljubljana to Jože Mermal is available here (in Slovene only).