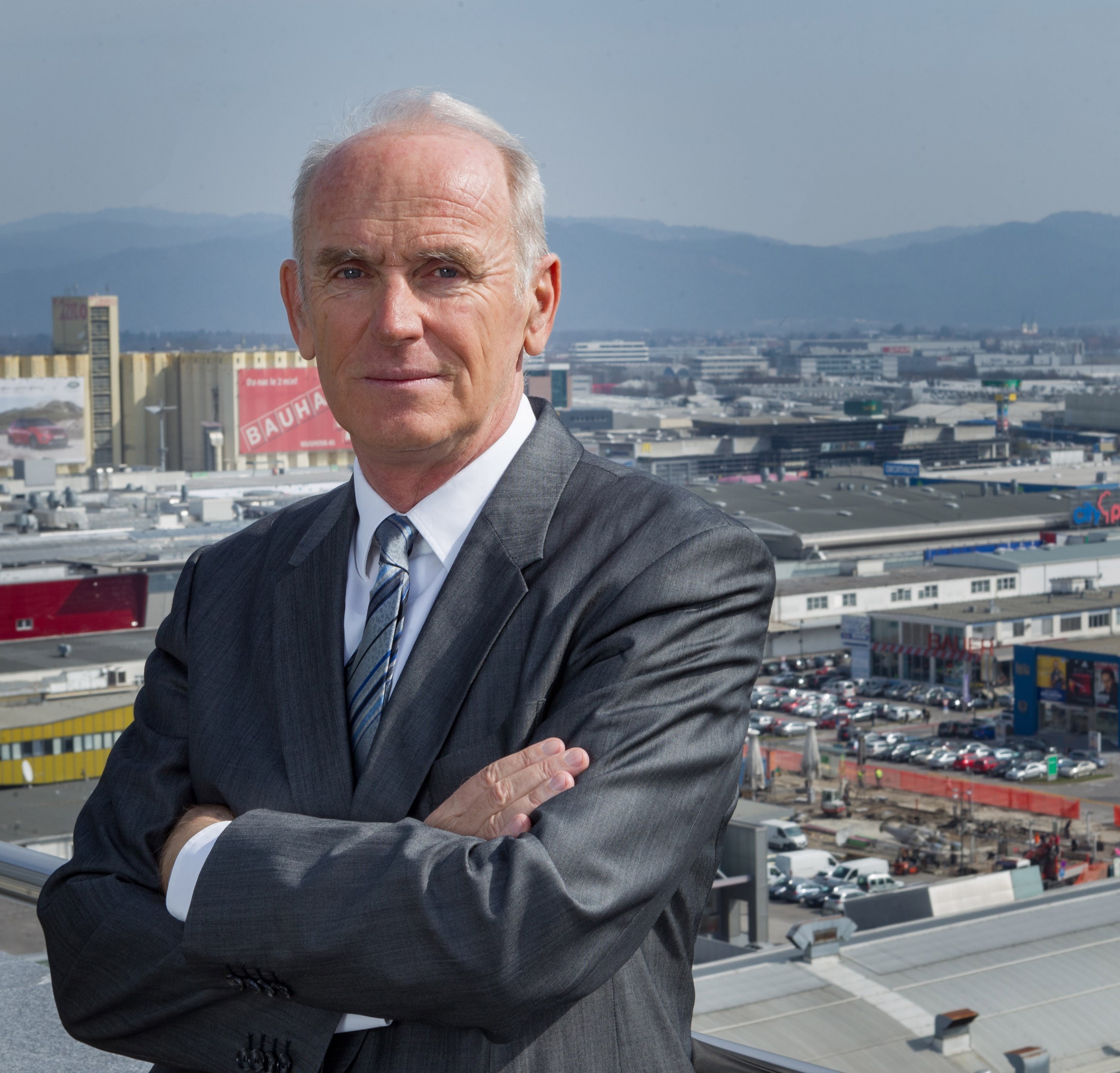 Upon the proposal of the Title Awarding Jury of the City Municipality of Ljubljana on 24 April 2017, the City Council decided to confer the title to two candidates. Mr Jože Mermal has become the honorary citizen of Ljubljana as President of the BTC Management Board, who has successfully managed the BTC Company for the past 24 years and is the author of the multidimensional project BTC City, a truly original business venture on a global scale. The Honorary Citizen of Ljubljana title is awarded to individuals for their lifetime achievements, in recognition of their vision, well-being, ability of cooperation, and care for the well-being and promotion of the City Municipality of Ljubljana.

“I am proud of the award that is based on several business plans which led to the transformation of a warehouse area into BTC City, a public, business, and democratic area. I am well aware that the formation of this area was made possible mainly due to the symbiosis with the City of Ljubljana, an experience which resulted in solid and long-term ideas, such as the big urban planning projects Partnership Šmartinska (two construction subprojects – the Crystal Palace and the Plaza Radisson Blu Hotel have already been realised), the Intermodal Logistics Terminal Ljubljana, and the positioning of the IKEA shopping centre with 2.5 hectares of park surfaces,” emphasised Mr Jože Mermal, President of the BTC Management Board.

The detailed explanation of the Title Awarding Jury mentions Mr Jože Mermal’s role in the transformation of the BTC Company, which shifted from being the organiser of the first Slovenian shopping centre to being the manager of one of the biggest European business, shopping, recreational, entertainment, and cultural centres in the span of 20 years. Its growth was based on big investments in future development. An important milestone is also the signing of the agreement on new road infrastructure, which was a condition for the realisation of 300 million Euros of investments in the broader BTC City Ljubljana area. The agreement on the joint and simultaneous implementation of investments, signed in March of this year between the Ministry of Infrastructure of the Republic of Slovenia, the City Municipality of Ljubljana, DARS, and the BTC Company, will provide 2,000 new jobs. Among the achievements that contributed to Mr Mermal being awarded the Honorary Citizen of Ljubljana title were his numerous social and business roles, including President of the Supervisory Board at Krka d. d., President of the Marathon Franja BTC City Organising Committee, President of the FIS World Cup Ski Jumping Ladies in Ljubno ob Savinji Honorary Committee, honorary consul of Oman, and honorary member of the Slovenian Gymnastics Federation. He received numerous awards for his work, including Manager of the Year 1997, the Primus award, the title Patron of Culture 2011, Vision Manager award 2012, the Marjan Rožanc award for achievements in sports 2013, the award of the Chamber of Commerce and Industry of Slovenia for exceptional economic and entrepreneurial achievements in 2013, the Gold plaque of the Manager Association, and the Best Manager award at the official ceremony honouring the best European managers in Sarajevo in 2016.

A detailed justification of Mr Jože Mermal’s honorary title is available here (in Slovene only).