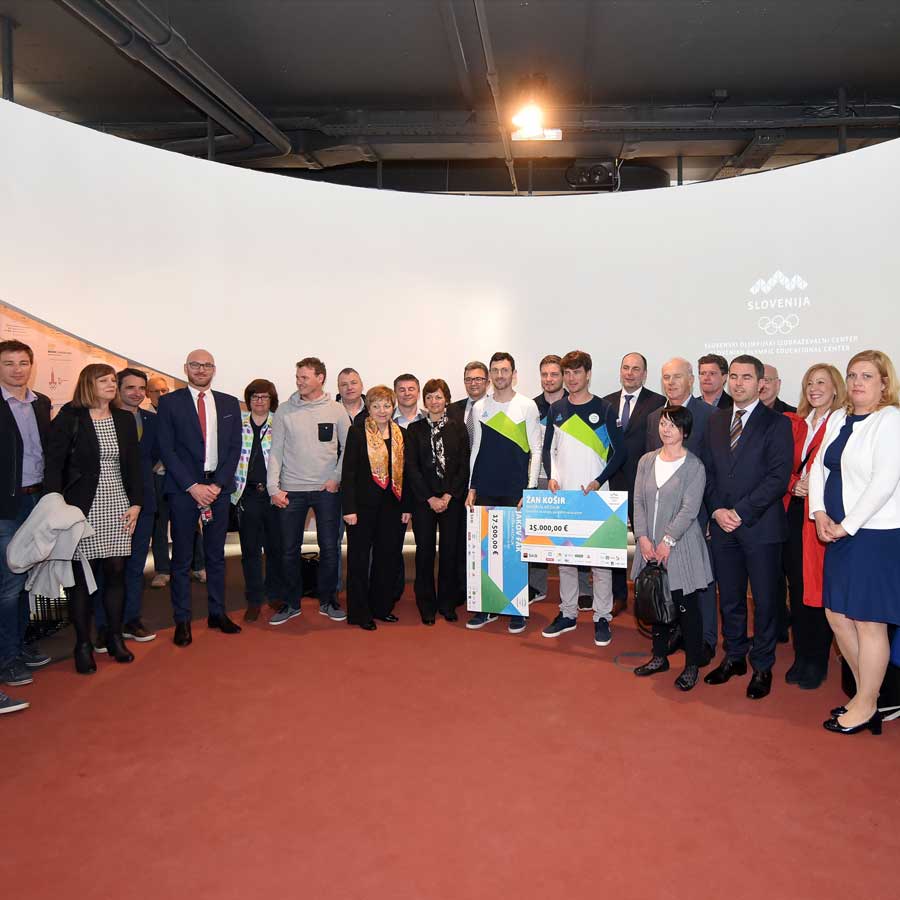 Both medal winners, the silver biathlete, Jakov Fak, and the bronze snowboarder, Žan Košir, admired their medals on the “wall of fame”, while the President of the Olympic Committee of Slovenia, Bogdan Gabrovec, awarded them with a financial reward, given by the umbrella sports organisation for their results achieved in South Korea.

The BTC Company is a proud sponsor of the Slovenian Olympic team and is excited about Slovenian athletes, who are our #Olimpijskiponos (Olympic pride), as they write stories that become part of the Slovenian sports history.