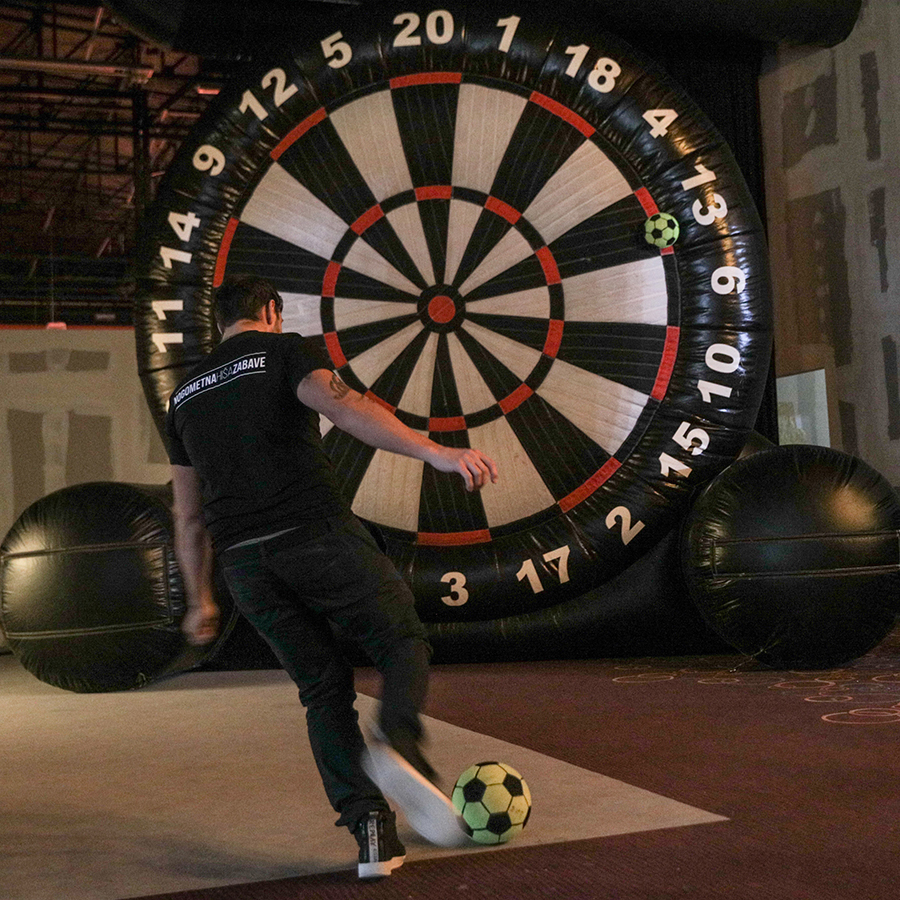 At a press conference held in Shopping Arena 18 on Wednesday, 12 December 2018, BTC City Ljubljana saw the first presentation of the new Football House of Fun. The event, which started at 12:12 o’clock, was opened by BTC board member and marketing director, mag. Damjan Kralj, who gave the attending guests and members of the media a rundown of the new acquisitions in Shopping Arena A, including the Football House of Fun. Mr Kralj expressed his unequivocal support for the project, which BTC strongly identified with ever since they were first presented with the idea.

The Football House of Fun received further vocal support from Radenko Mijatović, chairman of the Football Association of Slovenia, the governing body of football in Slovenia. Mr Mijatović emphasised the importance of the Football House of Fun for the popularisation of football in Slovenia and its role in bringing the sport closer to a wider range of people. Former national team member and current director of Sportklub Slovenija Marko Simeunović also expressly supported the project, which should be highly valuable to sports culture in general.

Finally, the audience was addressed by the mastermind behind the Football House of Fun and director of its founding company Nogometna hiša, d. o. o., Vedran Smiljanić, who presented the basic concept of the project but kept its specific contents secret since they will be unveiled at the official opening of the house. “We can look forward to a unique centre in this part of the world, which will intertwine sports, entertainment, and business. In addition, it will enable the Football Association of Slovenia to be actively involved in society through cooperation in socially responsible projects,” said Mr. Smiljanić.