On its way to Minsk, the Flame of Peace visits BTC City Ljubljana 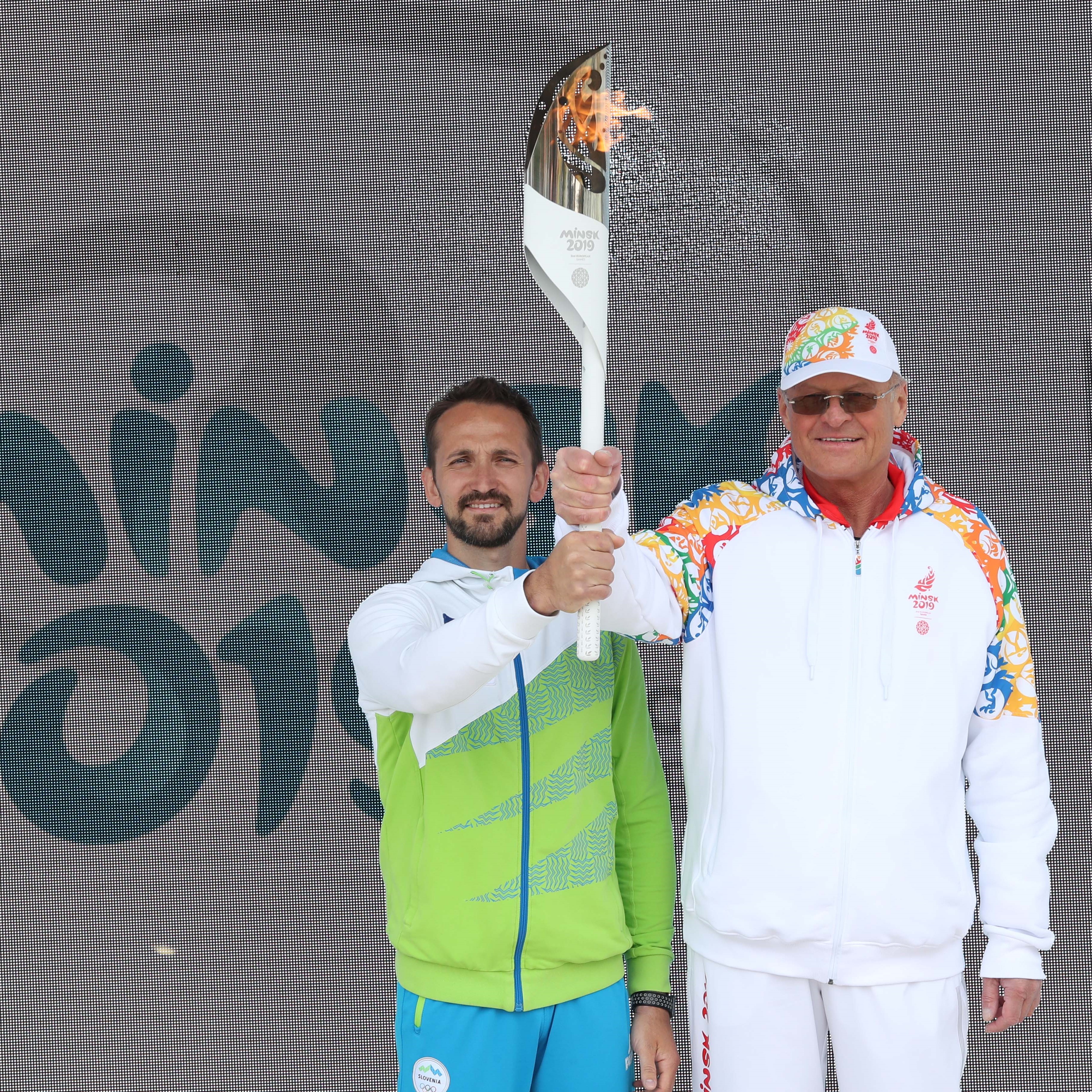 Between 21st and 30th June 2019, the Belarusian city of Minsk will host the 2nd European Games, where the Slovene national team will compete in 13 sports disciplines for the medals and try to qualify for the Tokyo Olympics. On 3rd May, in Rome, the organisers of the 2nd European Games, following their first edition in 2015 in Baku, Azerbaijan, lit the Flame of Peace, which on its way to Minsk stopped also in Ljubljana to pay tribute to this year’s largest European competition. On Wednesday, 8th May, the Flame visited BTC City Ljubljana, where the Slovenian Olympic Committee – Association of Sports Federations (OCS) has its seat.

The accompanying entertainment programme was spruced up by the children’s choir OŠ Nove Jarše and by two mascots – fox Foksi and fox Lesik (the official mascot of Minsk European Games).

The BTC Company, a long-standing sponsor of OCS and from 2019 also the general OCS sponsor for the Olympic cycle Pyeongchang 2018 – Beijing 2022, with which it has become a part of the group of general OCS sponsors, wishes a lot of success to all the athletes.