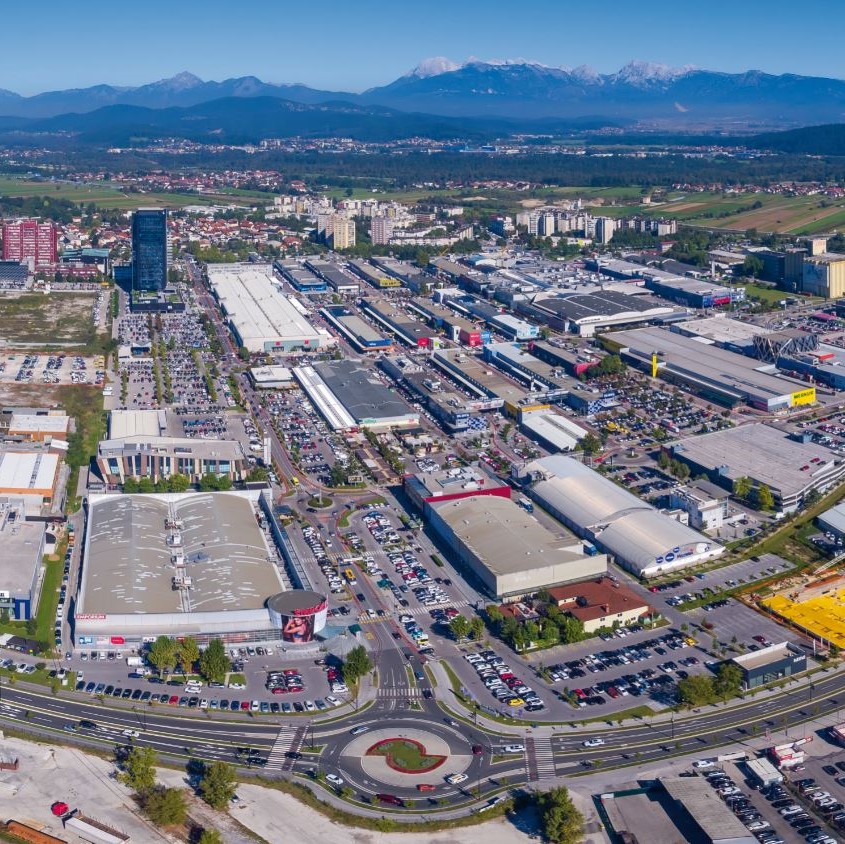 The Supervisory Board of BTC, d. d., has confirmed the revised annual report 2018, which once again displays the company’s successful business operations, since the income was 4.5% higher than in 2017 and the profit increased by 5.8% compared to the previous year. The BTC Company reached its business objectives and realised investments in the amount of 6.5 million Euros, which additionally strengthened its stable growth. Among others, the company invested in a new intermodal facility in BTC Logistics Centre, which performs an activity that just last year recorded a 7% increase in its income. On the basis of its stable financial operations, in 2018, the company received its third consecutive Gold AAA Creditworthiness Certificate, which positions it among the Slovene companies with the highest level of financial credibility. In addition, the financial stability was additionally strengthened by the company paying off long-term loans in the amount of 9.4 million Euros. Thereby, the company followed its principle of sustainable business operations by securing rational financing and balanced financial operations. Intensive activities across all company segments resulted in a 15% growth of employment. Consequently, on the basis of good results, the BTC Company’s Management Board and the BTC Company’s Supervisory Board proposed to the Company’s Assembly an increase in the amount of the dividend, which will be EUR 11.00 gross, which is a 14.6% increase compared to the previous year. As for the remainder of the profit on 31 December 2018 in the amount of 14.498 million Euros, the proposers submitted to the Assembly a decision for the said profit to remain undistributed, since it will be invested in further development of the company.

In the past year, our belief grew stronger that the encouragement and the use of innovative technological solutions increases the company’s competitive edge and contributes to its advancement, as well as brings favourable results to business partners, users, broader society, visitors, and customers of BTC City. That is why the company paved the way to smart future via projects that develop innovative solutions and green technological transformation. BTC City has developed into a living testing environment and is becoming a hub for testing advanced business ideas. In the scope of the largest European event in the domain of smart, sustainable, and safe mobility Ten-T Days, last year, BTC City Ljubljana hosted the Demo Day event, where visitors were able to test the autonomous electric vehicle Navya for the first time in Slovenia. With the partner project of smart network, BTC City along with the Japanese Government developmental agency NEDO and its authorised provider – the Hitachi Company, and the Eles Company, has become a testing environment. This is a unique energy project on a European scale, since it ensures continuous supply of electricity with the help of batteries or energy storage facilities which would in case of potential power outages supply electricity to the entire BTC City area and a larger part of Ljubljana, including the most significant facilities, such as the University Medical Centre of Ljubljana and the Ljubljana heat plant. The company has strengthened its ecosystem in which it develops numerous advanced solutions. Among other things, the BTC Company is the co-founder of BTC City Blockchain Alliance that connects 15 of the largest and best Slovene blockchain projects and ensures transfer of knowledge, experience, and mutual search for new business opportunities. The ABC Accelerator is an exceptional constituent element of development, since in four years of its existence it formed a community of over 130 start-up companies across the world, in which over 30 million Euros was invested. In 2018, the ABC Accelerator was once again the recipient of the European CESA (Central European Startup Awards) award as the best business accelerator in Central and Southeast Europe. The high-tech company RoboticsX also found its place in BTC City in following its developmental research goals. In co operation with the Japanese company Yaskawa, RoboticsX develops smart robots and solutions for industrial automation.

In the last year, an extensive revitalisation of different business facilities and areas, i.e. the renovation of the BTC City Market, Shopping Arena A, which gained new windows toward the Ameriška ulica Street, the adaptation of the Arena with the renovated casino RIO and Football House of Fun, which is a modern entertainment-educational centre, emphasising a healthy lifestyle, especially among the young. The shopping centre expanded its offer by opening numerous new shops. In the southern part of BTC City Ljubljana, the public-private partnership between the BTC Company and the City Municipality of Ljubljana brought about the reimaging of the Old Airport, a structure which will be opened in May and will include a modern food and drinks facility and will represent a historic memorial of the first Ljubljana airport, dating back to the 1930s.

BTC was very active in the field of sustainable development and advancements with regard to green operations, especially with numerous socially responsible projects pertaining to the domains of culture, sports, education, and others. These comprise: traditional events, Marathon Franja BTC City, theatre SiTi Teater, whose popularity keeps on growing, very successful entertainment and educational kids’ programmes, in which BTC co-operated with the National Olympic Committee of Slovenia – Association of Sports, Slovenian Tennis Federation, Slovenian Gymnastics Federation, language school Lingula and Minicity Ljubljana, which with its surface of almost 2,000 m2 became the largest children’s didactic-experiential centre in Slovenia.