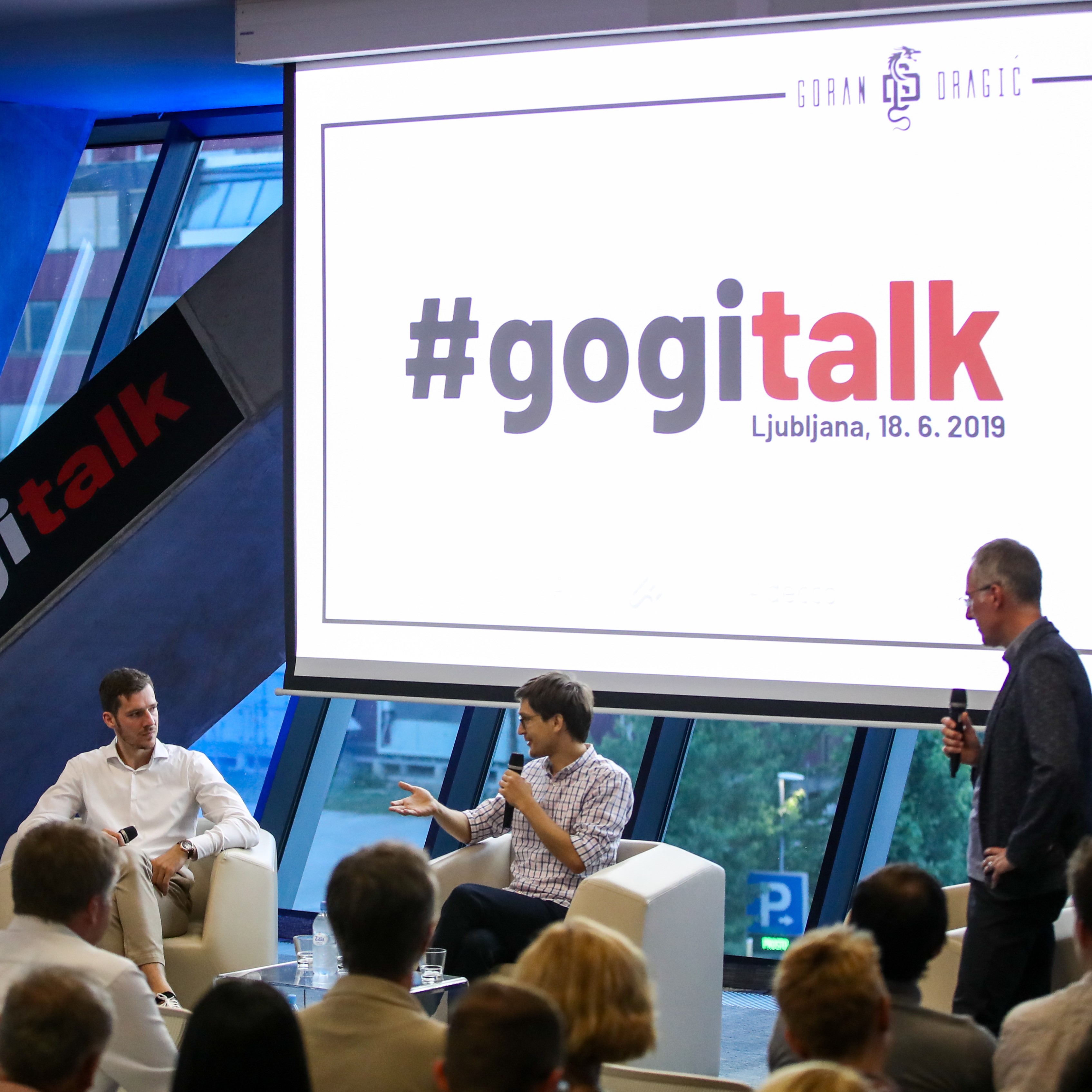 On 18 June, the Congress Hall of the Crystal Palace in BTC City Ljubljana hosted an exceptional business and sports event #gogitalk with the Slovene NBA star, Goran Dragić, and dr. Jure Leskovec, the head expert at Pinterest and a professor at the Stanford University. The event was organised in the scope of project SporTech Stars, whose partner is also the BTC Company.

In project SporTech Stars, joined also by the BTC Company as a partner, start-ups developed their business ideas connected to sports as part of a regional competition. The first prize was awarded at the business and sports event #gogitalk, prior to which the participants were addressed by the Mayor of the City Municipality of Ljubljana, Zoran Janković.

At the well-attended event, Goran Dragić and dr. Jure Leskovec pointed out the significance of connecting technology and sports, and caused the crowd to burst into laughter on more than one occasion with their witty comments.

The winner, who gained the support of the project ambassador and is in autumn going to the USA, was announced by Goran Dragić. The first prize went to platform PhysicAl, developed by Filip Koprivec, Blaž Oblak, and Žane Ban. Its aim is to analyse and plan training sessions with the help of artificial intelligence.

The breakthrough and innovative idea of the young prize-winners brought a smile to the face of Miha Rakar, Director of BTC City: “I am excited about these three prize-winners’ idea and that’s why I’ve given them my support. It is true that they are only at the beginning of their path, but their idea is exceptional; therefore, I believe we should all help them – members of the committee as well as the broader community. With their programme, they measure the response time, explosiveness of athletes, and observe many parameters. Goran immediately thought of a way of putting their idea to use. Yet, their application is very useful also for all recreational athletes, where I also see the huge potential of this app. I am certain that they have a bright future in front of them, they just have to continue working hard.”

The PhysicAl app allows the coach, the team or the athlete to observe the statistics of training sessions, success rate, improvement in sessions and certain deviations, exposed by the system, which contributes to greater success rate of a training session. The masterminds behind the project are certain that their approach to using artificial intelligence is the right way of connecting technology and sports.

Dr. Jure Leskovec emphasised the significance of experimenting, boldness and susceptibility to finding new solutions, and at the same time critically assessed some of the flaws we encounter in “our own backyard”.

“We have a long way to go, one of the reasons for this also being our proneness to putting millstones around our feet and thinking we can play basketball. If we only formed some laws in a clever way, if we showed a little more courage in this field, we could achieve a lot more. Slovenia has a lot of potential; it is indeed a small country, but it is very digital, we speak languages, follow world trends; therefore, we could be much more autonomous,” dr. Jure Leskovec pointed out.

Goran Dragić was positively surprised by the feedback to the initiative. “I joined the cause to give young people the opportunity to build, to show them the way to live their dreams. Athletes and entrepreneurs all have their dreams and since sport is my domain I was very honoured and happy to see the support of all the people who joined our project,” said Dragić.

Miha Rakar, Director of BTC City, expressed his thoughts on the speakers with these words: “Above all, I was pleasantly surprised by Goran’s and Jure’s sincerity. Once again, they have showed that the Slovene people belong to the very top of world sports and science, which we should exploit more. I believe the Slovene people should stand together more boldly and synchronously in our actions, not only in Slovenia, but also abroad; when we act as a team, we perform very well.”

For the sixth year in a row, Goran Dragić has announced the organisation of a basketball camp for children, this year upgraded with a charity event – in co-operation with various partners in a Pan-Slovenian event, he will be raising funds to renew basketball courts in Slovenia. The main goal of the fundraiser with the motto #podamdaigram (“pass and play”) will be to bring individuals from different age groups to basketball courts and get them involved in more physical and group activities.