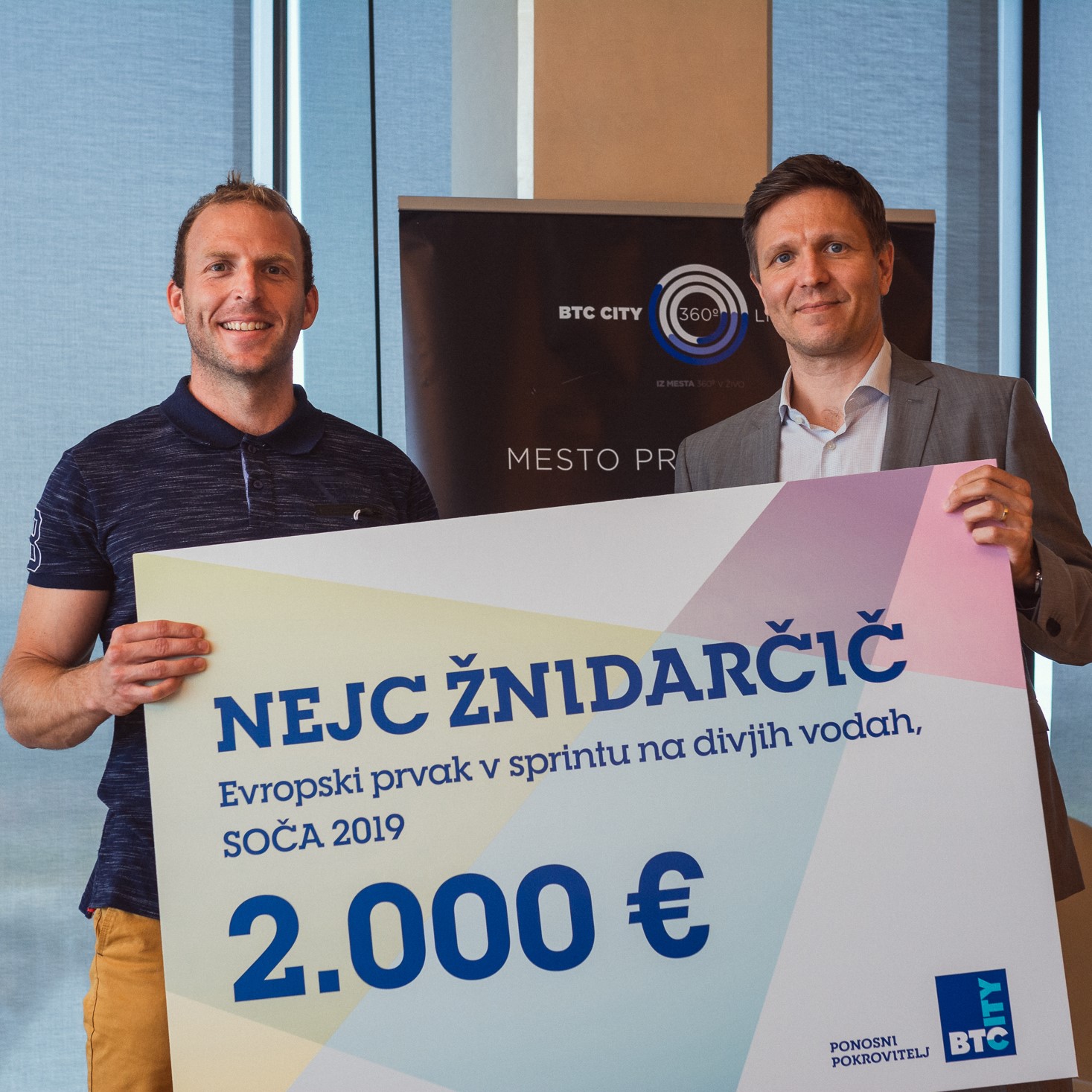 Yesterday, BTC City Ljubljana hosted a reception honouring the arrival of Nejc Žnidarčič who in May won the gold medal at the European Championship in wildwater canoe sprint and who for the fourth time in his career won the European Champion title in this discipline. Upon this outstanding sports accomplishment, the BTC Company, as proud supporter of Nejc Žnidarčič throughout his sports career, awarded him a financial award.

In the middle of May, Trnovo ob Soči hosted the European Championship in wildwater canoeing where in the sprint discipline four Slovenian canoeists placed in the top five, among them also Nejc Žnidarčič who won the gold medal despite competing with a broken rib. A day prior to the race, our athlete sustained an unfortunate injury which caused him to miss out on the classic canoe discipline and the team event, allowing him to perform only in his flagship event with the help of painkillers which led him to win the European Champion title. Upon this outstanding achievement, mag. Damjan Kralj, Member of the BTC, d. d., Management Board and Director of Sales and Marketing at BTC, d. d., presented Žnidarčič with a cheque for EUR 2,000 in the Crystal Palace.

Nejc Žnidarčič, who along with four European Champion titles also won three World Champion titles, was also very successful at the World Cup event at the beginning of June. Our athlete, who this year appeared in eight sprint disciplines and won every single one, is a strong contender to win further medals in this season. He will be cheered on already at the end of September as he will attend the World Championship in wildwater slalom and sprint disciplines in La Seu d’Urgell.