Once again, the BTC Company receives the title Platinum Donor for its support of the activities of the Slovenian Science Foundation 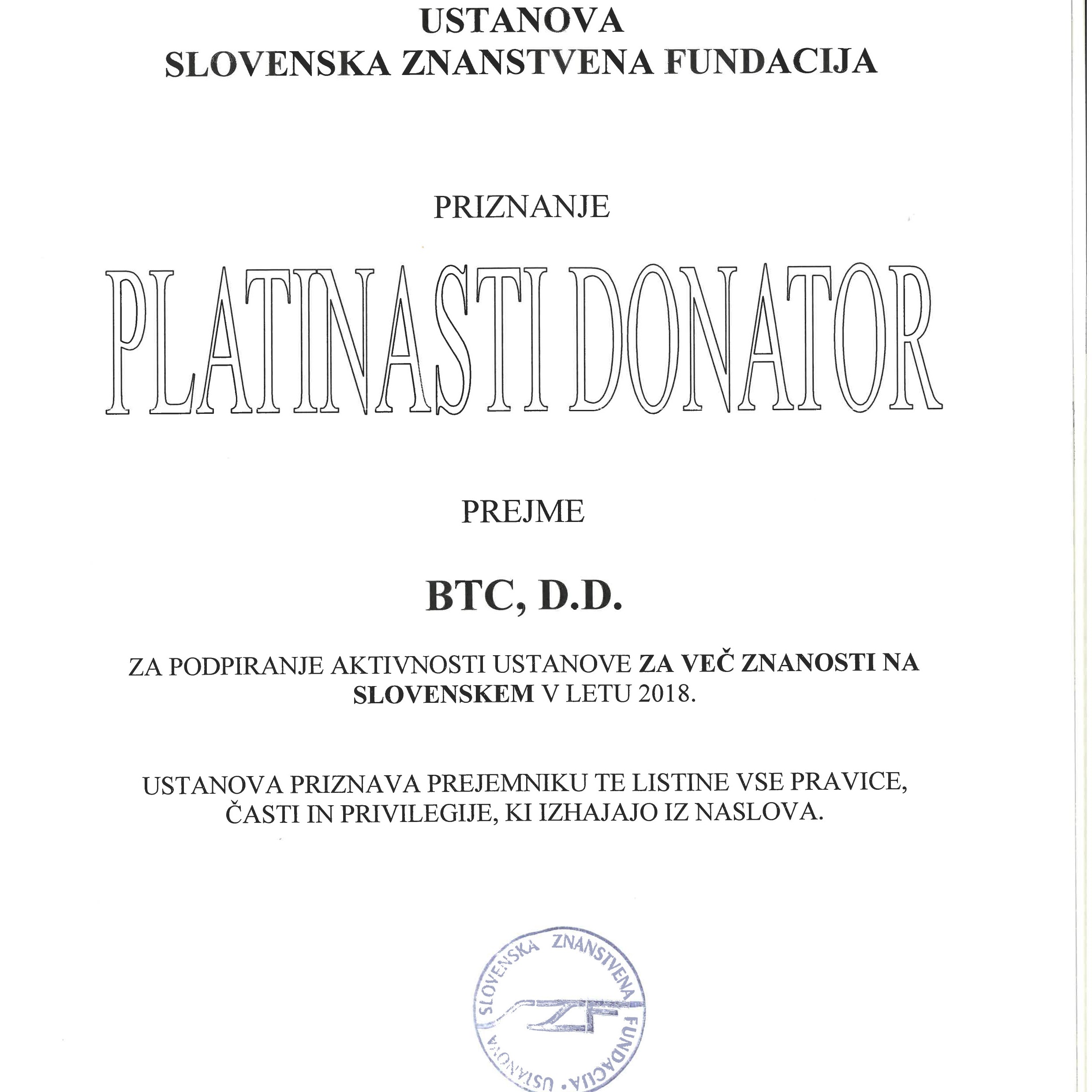 The main aim of the Slovenian Science Foundation is to create and ensure the conditions for higher occurrence of science in Slovenia with the help of public-private partnerships, including economic entities and the citizens of Slovenia. Its creators are the most renowned Slovenian scientific and higher education institutions, as well as industrial, commercial, banking and media organisations. Every year, the foundation awards its donors honorary certificates – platinum, gold, silver, and bronze donor – and thereby promotes science and donations for scientific purposes in Slovenia.

The co-operation of the BTC Company and the Slovenian Science Foundation dates back to 1994. In the past years, their co-operation resulted in breakthrough projects, among which there was also Science in BTC City (“Znanost v BTC Cityju”), the aim of which was to emphasise the significance of the developmental role of science in society. A significant contribution to science was presented by the BTC Company in 2014 by supporting the implementation of the workshops of the Research Laboratory for Children and Adolescents, the publication of Filantropi za več znanosti na Slovenskem, and by organising the 20th Slovenian Festival of Science.

In the scope of socially responsible efforts, in 2018, the BTC Company supported over 300 individuals and organisations from the fields of sports, environmentalism, charity, education, science, and culture. The support of diverse activities and projects enables exceptional creations to make a breakthrough on a national, regional, and international scale, and at the same time contributes to greater recognition of the BTC Company.

Certificate of Appreciation and the recognition award Platinum Donor