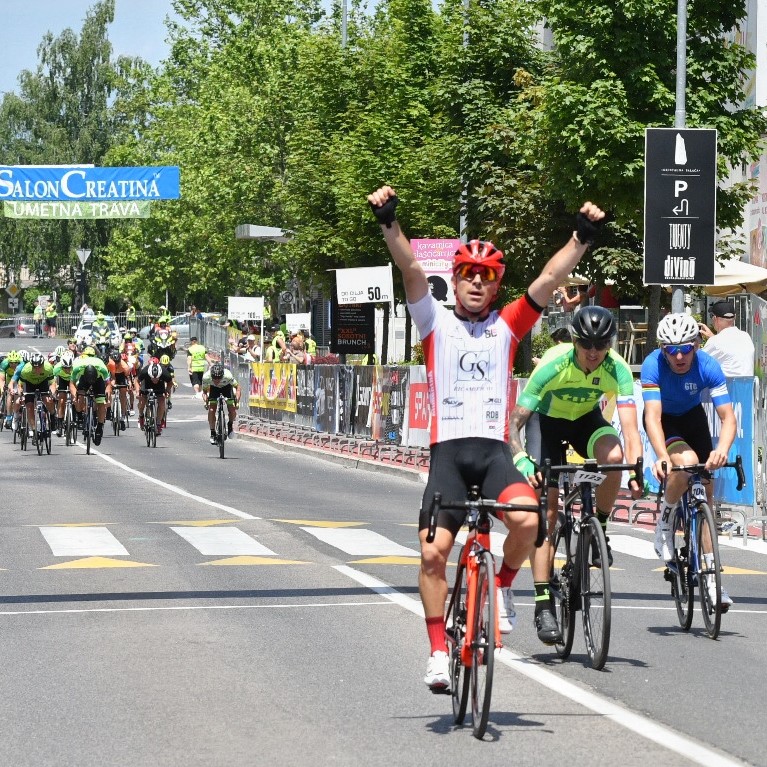 The 38th Marathon Franja BTC City took place between 7 and 9 June and once again justified the renown of a cycling festival. This year’s edition offered six different cycling trials that brought together 7,100 cyclists from 32 countries, an organising team of 2,400 people and several tens of thousands of visitors and fans along the course and at the main event area in BTC City Ljubljana. This year’s cycling festival organised by Cycling Association Rog with the support of the BTC Company, the City Municipality of Ljubljana, Ljubljana Marshes Nature Park, and other partners will be remembered for its exceptional sports energy and a new record in the Big Marathon Franja. The Italian racer Manuel Fedele finished a 156 km long course in 3 hours, 39 minutes and 38 seconds, setting a new record in the longest Franja trial.

Marathon Franja BTC City is a sports-recreational event with the longest tradition in Slovenia, as well as in the World Marathon Series UCI Gran Fondo. The 38th Marathon Franja BTC City officially started already on Friday with a 22 km/44 km long time trial between Ljubljana and Domžale, which also counted for the National Championships across all categories (competitive and recreational) as a qualifying event for the qualification of amateur cyclists for the World Championships and in the category of Women’s elite in the UCI calendar. On Saturday morning, the Barjanka participants started their picturesque trial across the Ljubljana Marshes and concluded the course in BTC City Ljubljana around noon. In the afternoon, the participants of the Family Marathon started their 25 km long trial in BTC City Ljubljana. At the start, there were families with children and cycling fans of all generations. The 1,200 metres long Vzajemna Kids Trial which took place around Shopping Arena A was tackled by the youngest cycling enthusiasts.

The grand finale was reserved for Sunday with the start of the toughest trials. Racers were eagerly pushing pedals, raising their heartbeat and striving towards achieving their personal best in the 97 kilometres long Triglav Small Marathon Franja BTC City and in 156 kilometres long Big Marathon Franja BTC City, in which the finish line was first crossed by the Italian Manuel Fedele who set a new course record with the time of 3 hours, 39 minutes and 38 seconds.

What proves that Marathon Franja is not only all about racing, is the Barjanka, a non-competitive cycling trial that has this year, for a second year in a row, attracted twice as many participants as the year before. Besides great cycling atmosphere, the course starting at the square Kongresni trg and finishing in BTC City Ljubljana also offers the opportunity to get acquainted with the beautiful landscape and features of the Ljubljana Marshes Nature Park, at the same time giving a chance to reminisce about the beginnings of cycling competitions that at first took place on gravel roads. Out of 83 kilometres of the entire course, the participants rode their bikes on macadam paths for a total of 24 kilometres, and with an average speed of 20 km/h, there was plenty of time to enjoy and discover the colourful Ljubljana Marshes mosaic of meadows, fields, hedgerows, and streams. At three rest stations, cyclists could indulge in the flavours of Ljubljana Marshes and get to know the rich cultural and natural heritage of the area.

The cycling marathon, which remains one of the most prominent mass recreational events in Slovenia, unites both professional and amateur cyclists of all ages. Each year, more and more women cyclists take part in the marathon, with the international attendance proving to the fact that Marathon Franja is becoming more and more attractive for recreational cyclists from the neighbouring countries, as well. Every year, besides the races at the main event venue – in BTC City Ljubljana – the organisers take care of an accompanying programme and provide the opportunity of purchasing cycling gear and equipment.