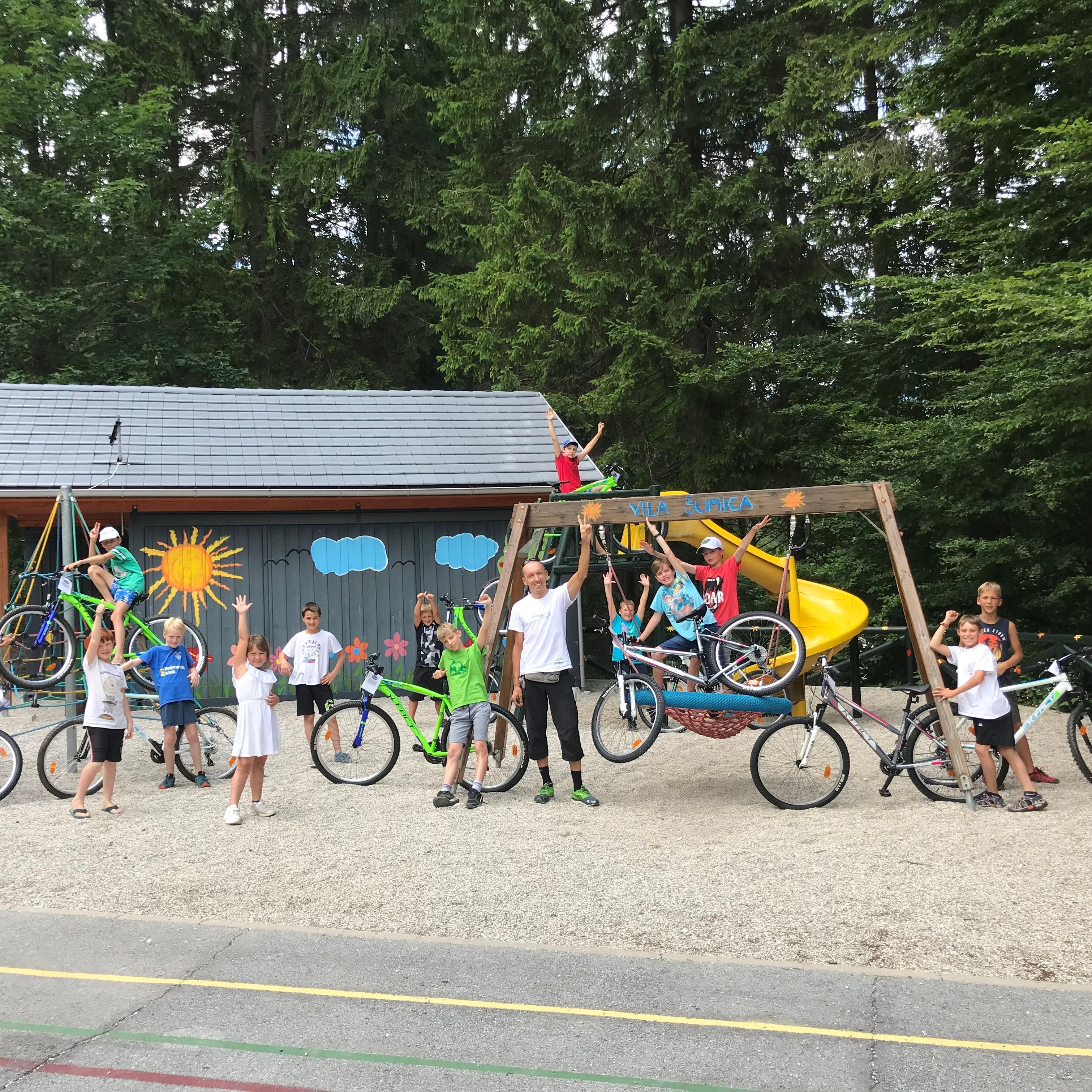 In the beginning of July, Marko Baloh, an ultramarathon cyclist, visited the holiday accommodation Vila Šumica in Kranjska Gora, where children spend safe and happy holidays, organised and realised by ZPM Ljubljana Moste-Polje; he provided children with 12 bicycles and helmets to use during their stay. The funds for purchasing the bicycles were raised at a fundraising 24-hour cycling event with Marko Baloh in sports centre ŠC Millenium and via SMS donations, while 5 bicycles and helmets were donated by the BTC Company.

“When our renowned and successful cyclist Marko Baloh along with his team pedals for a good cause and is supported by the management of the BTC and of ŠC Millenium, a noble story is written,” said Anita Ogulin, President of ZPM Ljubljana Moste-Polje.

The handing over of bicycles represents the final act of the fundraising event that took place in January this year in the scope of a 24-hour cycling event with Marko Baloh. This year, the traditional cycling marathon trial was dedicated to the support of the humanitarian association ZPM Ljubljana Moste-Polje with the aim of purchasing bicycles which children will use during their stay in the holiday accommodation Vila Šumica in Kranjska Gora.

At the event, the visitors and the supporters together raised 712 Euros, while the funds for the additional 5 bicycles and helmets came from the BTC Company; following the principles of social responsibility, every year the company gives its support to organisations, individuals, events, and projects in the field of sports, culture and education, as well as humanitarianism.