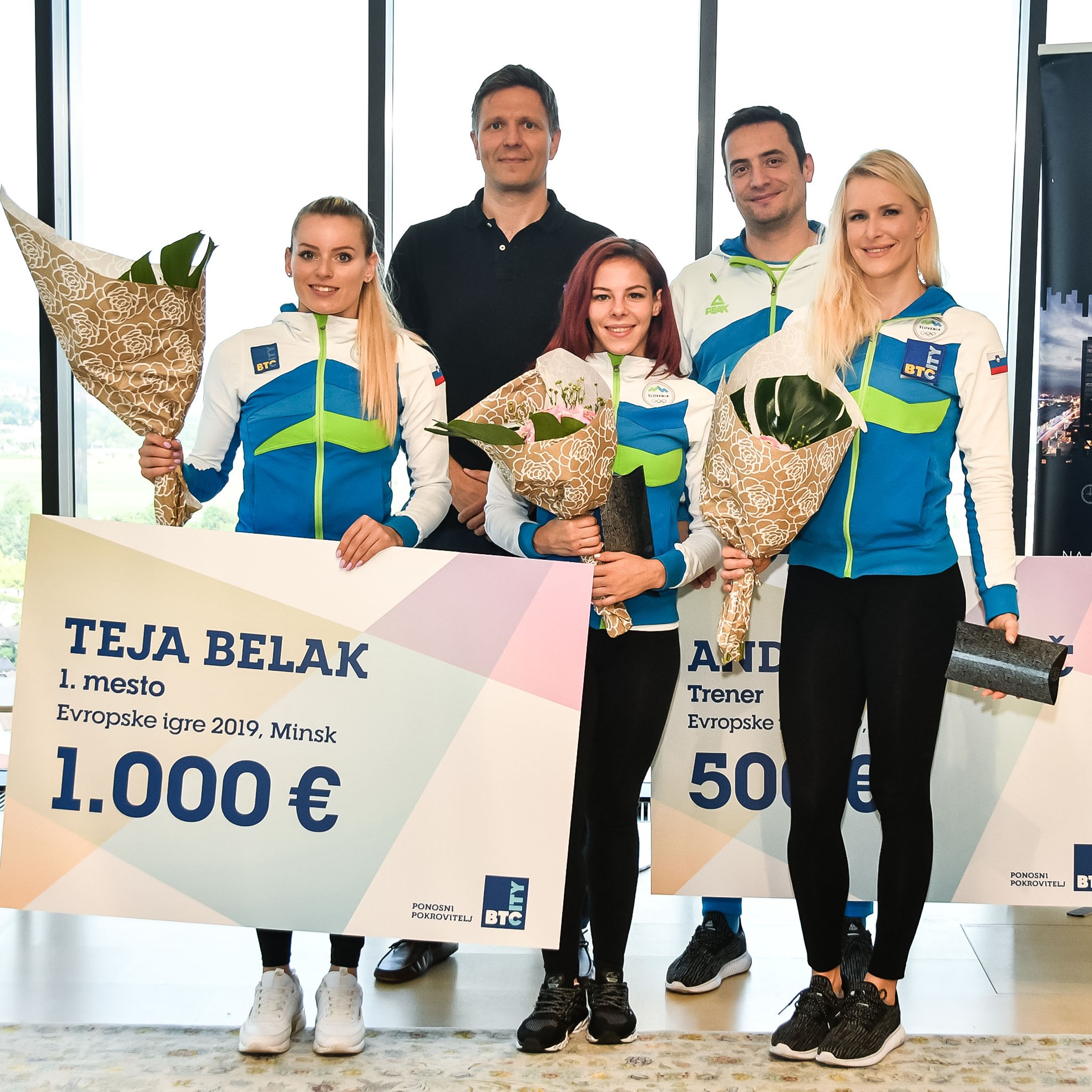 Today, BTC City welcomed gymnast Teja Belak who by winning the gold medal in the vault final at the European Games in Minsk achieved the result of her career. Upon the exceptional sports success, the BTC Company – Belak’s personal sponsor – presented the gymnast, as well as her coach Andrej Mavrič with financial awards. The awards were presented by mag. Damjan Kralj, Chief Executive Director at the BTC Company.

This year, the second European Games took place in Minsk, Belarus, between 21st and 30th June. Among the athletes representing Slovenia in as much as 13 sports disciplines, there were athletes supported by the BTC Company. One of them is also Teja Belak who made sure Slovenia did not go without a gymnastics gold medal also at this year’s European Games. Four years ago at the European Games in Baku, Sašo Bertoncelj won the gold, and this year, Belak repeated his success in her flagship discipline, the vault.

Present at the reception were also Adela Šajn, placing 5th at the European Games, and Tjaša Kysselef, who unfortunately was not able to perform in the finals due to the rules limiting the participation to a single gymnast per country in an individual gymnastic discipline.

Belak’s next challenge is the world championship where she will try to qualify for the Olympics, taking place next year in Tokyo.