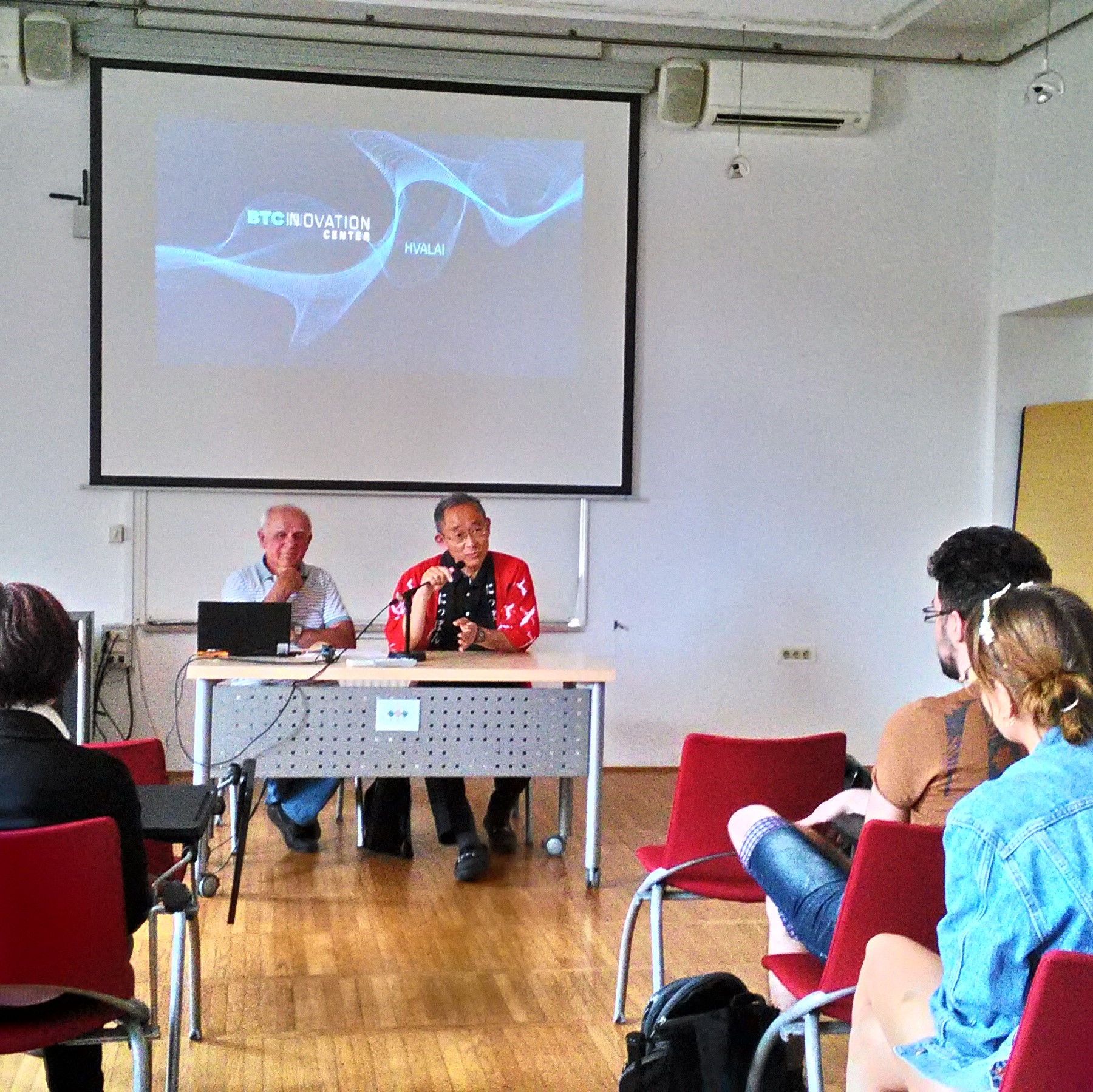 On Saturday, 22nd June, the Museum Platform at Metelkova Street hosted already the 8th annual Day of Japan, organised by the Genki Centre and the Japanese Embassy in Slovenia. At the event, different associations, groups, organisations, companies and individuals presented themselves and their activities that connect them to Japan. The event was supported also by the BTC Company who presented the Slovene-Japanese partnership within the “Society 5.0” concept in the scope of the lectures.

The Day of Japan event is the largest festival of Japanese culture in Slovenia, intended for the broad public due to its rich and diverse programme. The main event venue – the Slovenian Cinematheque and the Slovene Ethnographic Museum – allowed the visitors to get to know the traditional and the contemporary Japanese culture which is presented through different workshops, presentations, lectures, performances, tastings, etc. This year, we were able to learn about growing a bonsai tree and producing traditional soba noodles, try making an ikebana or attend a calligraphy workshop, learn a few Japanese words and so much more. Even the youngest did not feel bored, since they had their own private spot to enjoy in. At more than 50 stands, visitors were able to meet different tastes of Japan with several Japanese dishes at their disposal, prepared by skilful Japanese and Slovene chefs.

The event was spiced up by music and dance performances in a traditional and contemporary spirit, the presentation of Japanese martial arts, with the special attention brought once again to the ceremony and the procession with a genuine Japanese portable shrine Omikoshi, carried by more than 10 carriers and accompanied by the Japanese Taiko drums and flutes from the Museum Platform to the Prešeren Square and back.

The Slovene Ethnographic Museum offered its facilities to various lectures, among which there was a lecture made by Julij Božič, Executive Director for Innovation and Digitalisation at the BTC Company, and Miran Skender, Secretary General at the Slovenia-Japan Business Council. Miran Skender gave the lecture and was joined by His Excellency Masaharu Yoshida, the ambassador of Japan in Slovenia.

Miran Skender presented the Slovene-Japanese partnership in the Society 5.0 concept of the Japanese development initiative, the aim of which is to create the co-existence between the virtual and the real world, to balance the economic development and to address the society’s challenges, as well as to create a better, super-smart and more comfortable society with people in the foreground.

On this occasion, BTC City as the concept of a living testing environment, the so-called Living Lab, which provides partners with a testing area for trying out their advanced technologies, was presented. As a living testing environment, BTC City represents an ideal ecosystem where in the heart of Europe the Japanese partners can adapt the Society 5.0 strategy to the European environment. By co-operating in the initiative Society 5.0, the BTC Company co-creates a smart future where the technology brings richness to the lives of people.