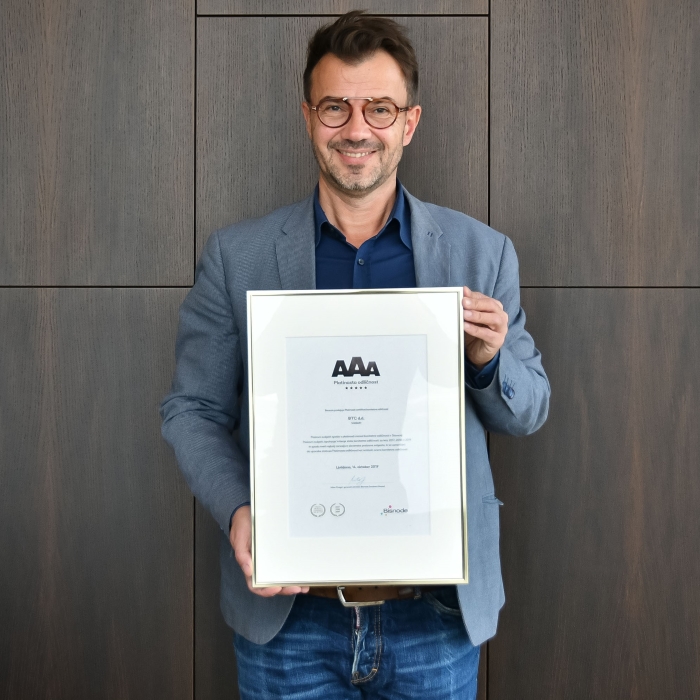 Analytical House Bisnode, the largest partner company of Dun & Bradstreet credit rating agency, in the scope of the international projects carries out financial analyses of companies and has a year-long tradition of awarding business excellence certificates in 19 European countries, also in Slovenia. Among all the business entities with the Gold Creditworthiness Certificate of Excellence, this year for the first time ever, Bisnode has named companies boasting Platinum Creditworthiness of Excellence. This was given to companies, which in regard to the new “failure-score model” have reached the highest creditworthiness rating, Gold AAA, for at least three consecutive years.

The Platinum Creditworthiness of Excellence is based on financial statements and other dynamic financial indicators of the company and it anticipates above-average safe and successful business operations of the company in the coming twelve months. Thereby, BTC has positioned itself at the very top of Slovene economy and has reaffirmed its reliability in its relationship toward business partners – costumers, buyers, suppliers, as well as insurance companies, banks and other business partners.