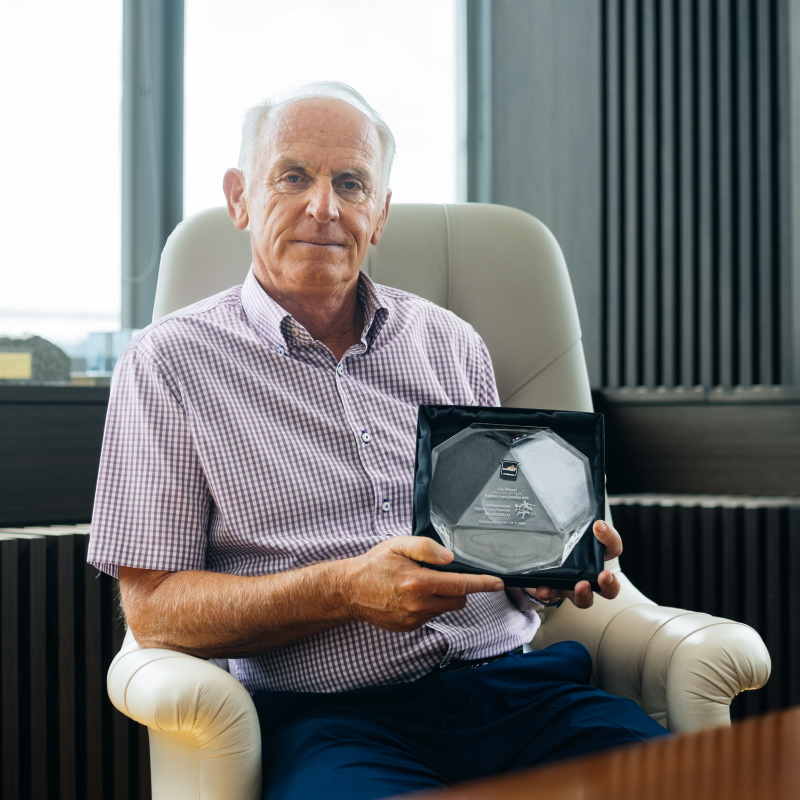 In June, Rogaška Slatina hosted the first international festival of sport documentaries and feature films – the International Sports Film Festival (ISFF) 2022. In the scope of the festival, Jože Mermal, Chairman of the Board of Directors of the BTC Company, received the 2022 ISFF award for the promotion and development of Slovenian sport.

These are just a few of Jože Mermal’s outstanding achievements as a loyal supporter of amateur and professional sports with a special affinity for the development of young athletes. Upon his selection, the conferrers of the ISFF award further stated: “As a supporter, he not only helps athletes, but also contributes to the promotion of Slovenia across the world through their success. With his active engagement in the field of sport, he strives to raise the level of quality in various disciplines. He is a promoter and supporter of amateur and professional sports with a view to strengthening the spirit, the consciousness of the nation, and to aid athletes on their way to global success.”

He has also passed on his love of sports to the BTC Company, the long-term partner of many sporting organisations, clubs and individuals, especially in the fields of cycling, gymnastics and ski jumping. This is another reason why this “sports” award will find a deserved place in the collection of other domestic and international recognitions of the Chairman of the Board of Directors of the BTC Company.