For the 4th year in a row BTC proudly sponsors the contest “Encourage Friendship” in the scope of the Mission: Social Responsibility 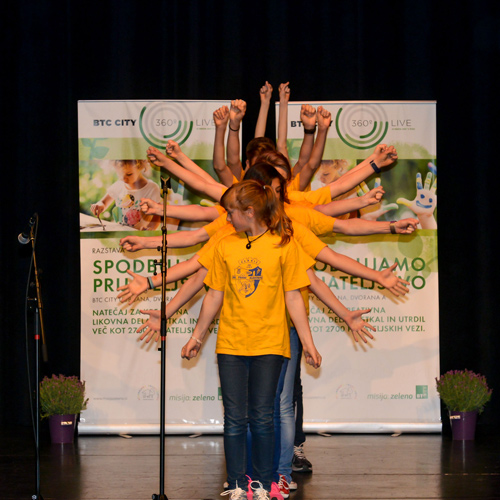 Over 2,800 children from Slovenian kindergartens and primary schools have participated with great enthusiasm. By the end of March, they have sent in numerous sketches, fine arts works and photographs with which they expressed their thoughts and made numerous new friends. The contest took place in March. The jury will study all the works handed in and select the best, while authors of the best works will be announced and will receive their awards at three final regional events:

The organisers of the event will award project mentors and coordinators with certificates of their participation and contest realisation, while all the participants will receive special awards.

Nada Pavšer, President of the Society Sobivanje, speaks with enthusiasm: “The contest has already become somewhat traditional. The same as every year, we have upgraded the contest also in this year by introducing the Fair Play category. It pleases me to see that children are able to recognise and appreciate (non)fair play and also know how to properly react to it, while their surroundings confirm or reject their reactions. Since adults often seem to have “lost their compass”, it is a real pleasure to see children appreciate others with heart and soul.”

The contest and exhibition will be made possible by the BTC Company with its strategic project Mission: Green which emphasises a socially responsible relationship towards the environment. The project combines different areas – environment protection, science, education, health services, sport, culture, and humanitarian activities. Apart from that, it also includes investments towards establishing a greener way of life in our capital. All projects of the BTC Company are realised in cooperation with its partners, thus the Company’s support of the project Encourage Friendship in 2016 is not accidental.