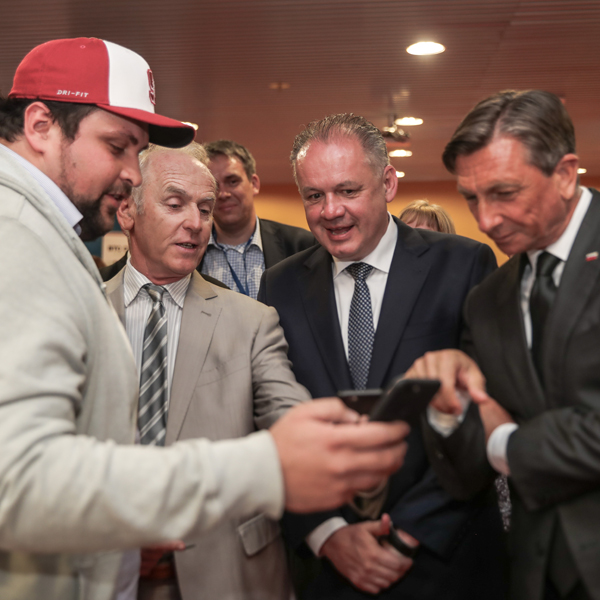 In the scope of the Slovak President’s official visit, today the innovative centre ABC HUB (ground floor of Emporium Hall) in BTC City Ljubljana hosted a Slovene-Slovak business conference from 10:30 a.m. to 3:15 p.m. The objective of the event was to present business environments of both countries, their start-up ecosystems, to exchange business opportunities and encourage business meetings between Slovene and Slovak companies. Besides meeting the entrepreneurs, the participants of the event were introduced the ABC Accelerator Slovenia, co-founder of which is also the BTC Company. The event was organised by SPIRIT Slovenija, the ABC Accelerator, Slovak Investment and Trade Development Agency SARIO, the Embassy of the Slovak Republic, and the Office of the President of the Republic of Slovenia.

After the conference, President Pahor and President Kiska solemnly unveiled the so-called “Bench of Peace and Friendship” in front of Radisson Blu Plaza Hotel along the road Bratislavska cesta. It is a special “smart” bench where the visitors of BTC City Ljubljana will be able to use the fast-charging feature of their mobile devices. The esteemed official visit presents the continuation of the established political dialogue between the countries and can be seen as an opportunity to fortify mutual political and economic relationship.