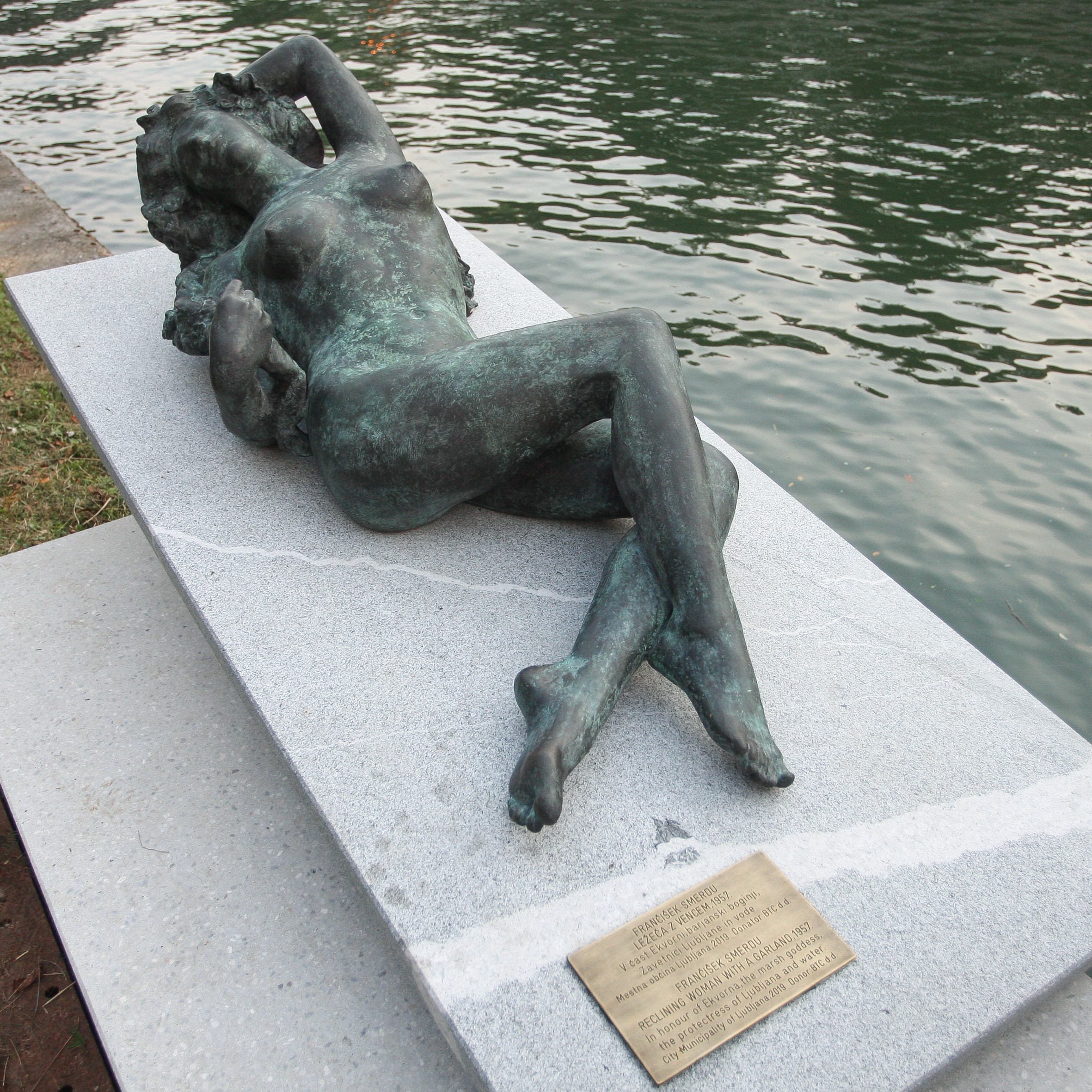 Yesterday, Jože Mermal, Chairman of the Board of Directors at BTC, and Zoran Janković, Mayor of the City Municipality of Ljubljana, unveiled the statue of Ekvorna on the Gallusovo nabrežje embankment. The sculpture was donated by BTC to the City Municipality of Ljubljana as a token of gratitude for superb cooperation between the two over the years.

The installation of the sculpture is regarded as a donation of BTC, celebrating its 65th anniversary this year. Upon its jubilee and as a symbol of its gratitude for yearlong exceptional and successful cooperation with the City Municipality of Ljubljana, the company donated the Ekvorna statue, enriching the capital’s public space by installing the statue on the embankment of the Ljubljanica River. At the opening event, the artwork was presented by mag. Mateja Breščak, the curator with the National Gallery of Slovenia, while Jože Mermal, Chairman of the Board of Directors at BTC, and Zoran Janković, Mayor of the City Municipality of Ljubljana, unveiled the sculpture.

It was Dušan Enova who already in the year of Ljubljana winning the European Green Capital Award 2016 presented the incentive for installing the Ekvorna statue – the goddess of Ljubljana and the Ljubljana Marshes to the City Municipality of Ljubljana. The committee for the installation of public monuments and memorials in the City Municipality of Ljubljana backed his proposal and presented several locations for the installation. As the symbol of Ekvorna, the members of the committee selected a sculpture of a woman’s nude by Frančišek Smerdu, and so this year the sculpture received its place on the Gallusovo nabrežje embankment along the Academy of Music.