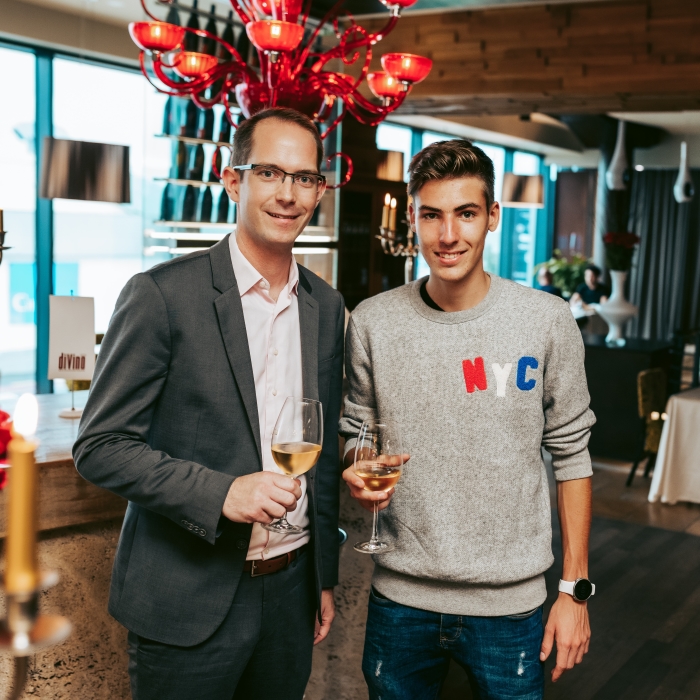 Yesterday, BTC City Ljubljana hosted the reception for ski jumper Timi Zajc, who during the summer ski jumping season stepped on the podium on four occasions. In the beginning of July, ski jumpers started their summer Grand Prix season, which saw excellent performances by Timi Zajc. Since 2018, the superb Timi Zajc has been supported on his sports path by the BTC Company, thus a reception for him was organised in honour of his excellent results in the summer Grand Prix season. On behalf of BTC, Timi Zajc was greeted by Miha Mermal, Chief Marketing Officer and Chief Sustainability Officer at BTC.

At the age of only 19, Timi Zajc has courageously started his summer season with competitions in the Continental Cup. At the first Continental Cup competition in Kranj, Timi placed first, while at the second, he only barely missed out on the first place and came in second.

The summer season continued with the opening of the summer Grand Prix which extends from the beginning of July to 5 October. As per tradition, the first event took place in Wisla, Poland, where Timi Zajc beat the entire world competition, stepped on top of the podium and put in his first summer Grand Prix win. At the event in France, Timi Zajc was again unbeatable as he placed first in Courchevel, this year’s third individual competition event; therewith, he took the lead in the classification of the summer Grand Prix. He had less luck and some trouble at his next competition in Zakopane, Poland, where he placed seventh.

However, the summer season is far from over. We will keep our fingers crossed for Timi Zajc already in the beginning of October as he will compete at the last summer Grand Prix competition in Klingenthal, Germany.