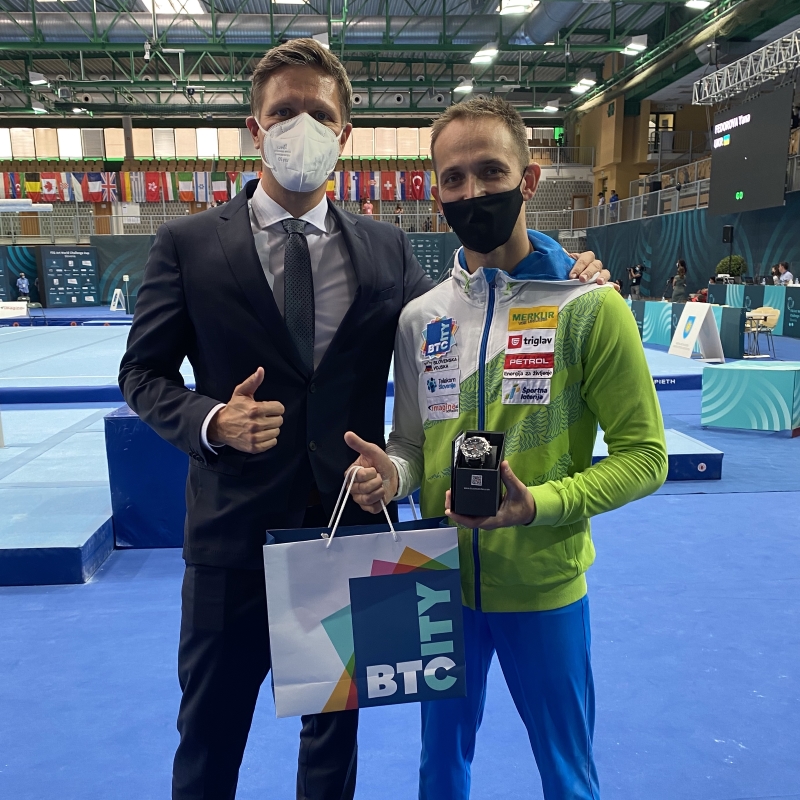 Over the past weekend, Koper hosted the 16th Artistic Gymnastics World Challenge Cup, attended by 200 gymnasts from 30 countries. Among them were also the Slovenian gymnasts: Tjaša Kysselef on vault, Lucija Hribar on uneven bars and balance beam, Gaja Žabnikar on balance beam and Lara Crnjac on uneven bars. On the men’s side, Nikolaj Božič competed in floor exercise, Sašo Bertoncelj and Luka Kišek on pommel horse and Luka Bojanc on rings.

After the qualifiers on Thursday and Friday, five Slovenian gymnasts qualified for the finals. On the first day of the finals, which included the grand opening by the President of the Slovenian Gymnastics Federation, Damjan Kralj, MA, and the honorary guest, the President of the International Gymnastics Federation (FIG), Morinari Watanabe from Japan, we already saw amazing performances, especially by Tjaša Kysselef and Lucija Hribar who both stepped on the podium and won medals. Tjaša Kysselef won gold on vault and Lucija Hribar bronze on uneven bars.

The BTC company is proud to be a long-time supporter of the Slovenian Gymnastics Federation and of individual gymnasts, ensuring they have uninterrupted trainings and can participate in top-level competitions, where they achieve outstanding results and win medals.