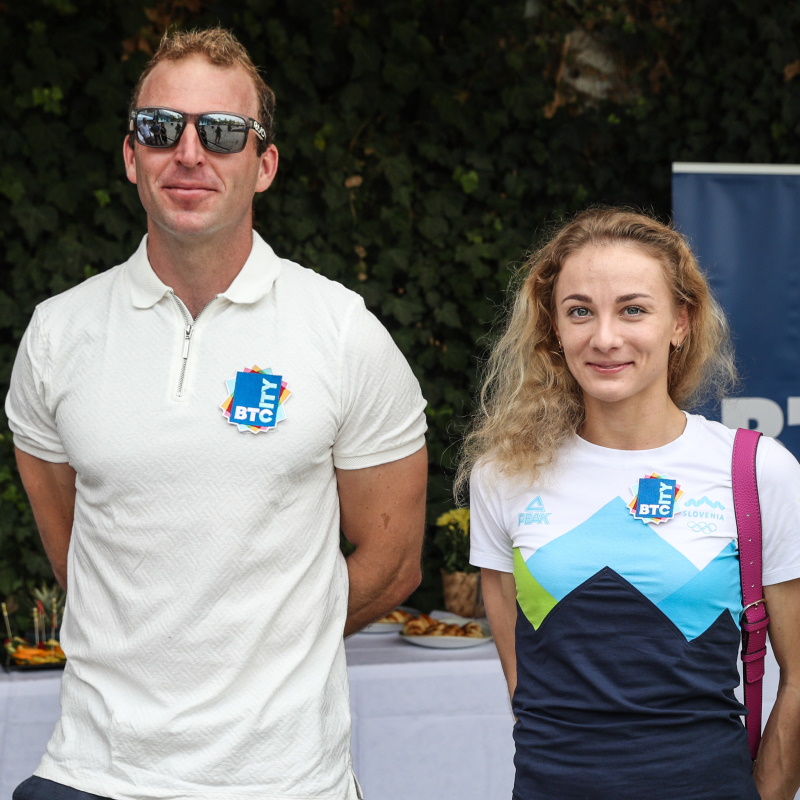 Today, Atlantis Water Park hosted the reception for two promising and successful athletes – gymnast Ekaterina Vedeneeva and kayaker Nejc Žnidarčič; it was organised by the BTC Company as their proud sponsor to celebrate their excellent results this season.

These excellent results are a reflection of astonishing focus, perseverance and most of all many years of training. With their commitment and achievements, Ekaterina and Nejc spread the recognition of Slovenia and the BTC Company at home and abroad.

The BTC Company is a big supporter of sports activities that contribute greatly to a healthier lifestyle. Excellent athletes and their achievements are one of the reasons we support them. That’s why we are proudly supporting Ekaterina and Nejc on their amazing career paths and are looking forward to future success stories.