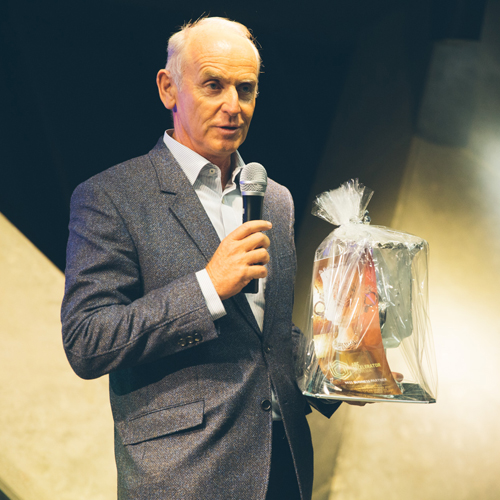 This event brought to a close the fourth ABC Accelerator, a three-month programme aimed at developing promising young businesses. Quite a few agreements pertaining to financial investments in young businesses were reached, while the ABC Accelerator also presented awards for best partner, best mentor, and best lecturer. The BTC Company received the best partner award.

The Demo Day lets startups strengthen their capital base, advance in terms of development, and break onto the international market. Investors, on the other hand, get a chance to invest in the most innovative and promising potential solutions provided by young businesses that are making their way onto the market. The event brought to a close the already fourth three-month accelerator programme, this year titled “Internet of Things and Internet of Everything”, in the course of which startups developed solutions that could make life easier by making imaginative new connections in the world.

This year, the Demo Day brought together more than 230 guests. Among them were investors from Europe, Asia, and America. Boris Koprivnikar, Deputy Prime Minister and Minister of Public Administration of the Republic of Slovenia, also attended the event.

Solutions were presented by Slovenian startups Cafelier, Fastcast, Froc, Identiks, and Second coach, Croatian startups Canelio and Peep, Italian startups Marketcloud and Soplaya, Koola from Bosnia and Herzegovina, Cibo from Denmark, Hirehunt from the Ukraine, Clotify from Poland, and Solopex from Germany.

The Demo Day resulted in several agreements on financial investments. Some deals are still in the making, whereas Koola, a company that presented a platform for efficient communication between roadside assistance agents and drivers in case of trouble on the road, already signed an investment deal amounting to EUR 200,000, and the Slovenian company Froc already ordered 1,000 smart children’s feeding chairs.

The Demo Day furthermore saw the presentation of awards honouring the best partner, best mentor, and best lecturer. This year, the best partner award went to the BTC Company, which has supported the ABC Accelerator as its co-founder from the very beginning. Heeding global trends with the ABC Accelerator and the ABC Hub, the Company has managed to put BTC City Ljubljana on the global business map and present young businesses with the right environment as well as the opportunities to test out their business ideas. Jože Mermal, President of the BTC Management Board, said: “The Demo Day showed that the decision to bring thirty startups into the three-month accelerator programme instead of ten, which we had done up until this year, was the right one. Fourteen of the startups presented great demos, some were no less than brilliant. Since young startups aim for international success, I’m very happy that we can help them by offering a continuation of their training, so to speak, with ABC’s programmes in Munich and Son Jose, where they will be brought into contact with the most technologically and entrepreneurially advanced environments in the world. I wish all these young people, who are bravely looking for their own formula for success, much success on their business path. May they never run out of fresh ideas, creativity, and motivation. Because the BTC Company is committed to these very ideals, the ABC Accelerator has presented us with the best partner award, which I am particularly proud of.”

Additional confirmation of the successful cooperation between the BTC Company and the ABC Accelerator was the best mentor award, which the participating startups chose to give to Julij Božič, Chief Innovation and Digital Officer at the BTC Company. The best lecturer award went to Filip Dobranić. The awards were presented by Dejan Roljič, founder and CEO of Acceleration Business City, and Urška Jež, co-founder and managing director of ABC Accelerator Ljubljana.

Events such as the Demo Day solidify the vision of the BTC Company and the role of BTC City Ljubljana as an innovative city, which follows global trends and creates opportunities for the intermingling of global capital with groundbreaking business ideas. New gateways for the development of these ideas have already been opened – at present, applications for the fifth three-month ABC Accelerator programme are underway. The next generation of startups will search for innovative solutions as part of a programme titled “Intelligent things”.