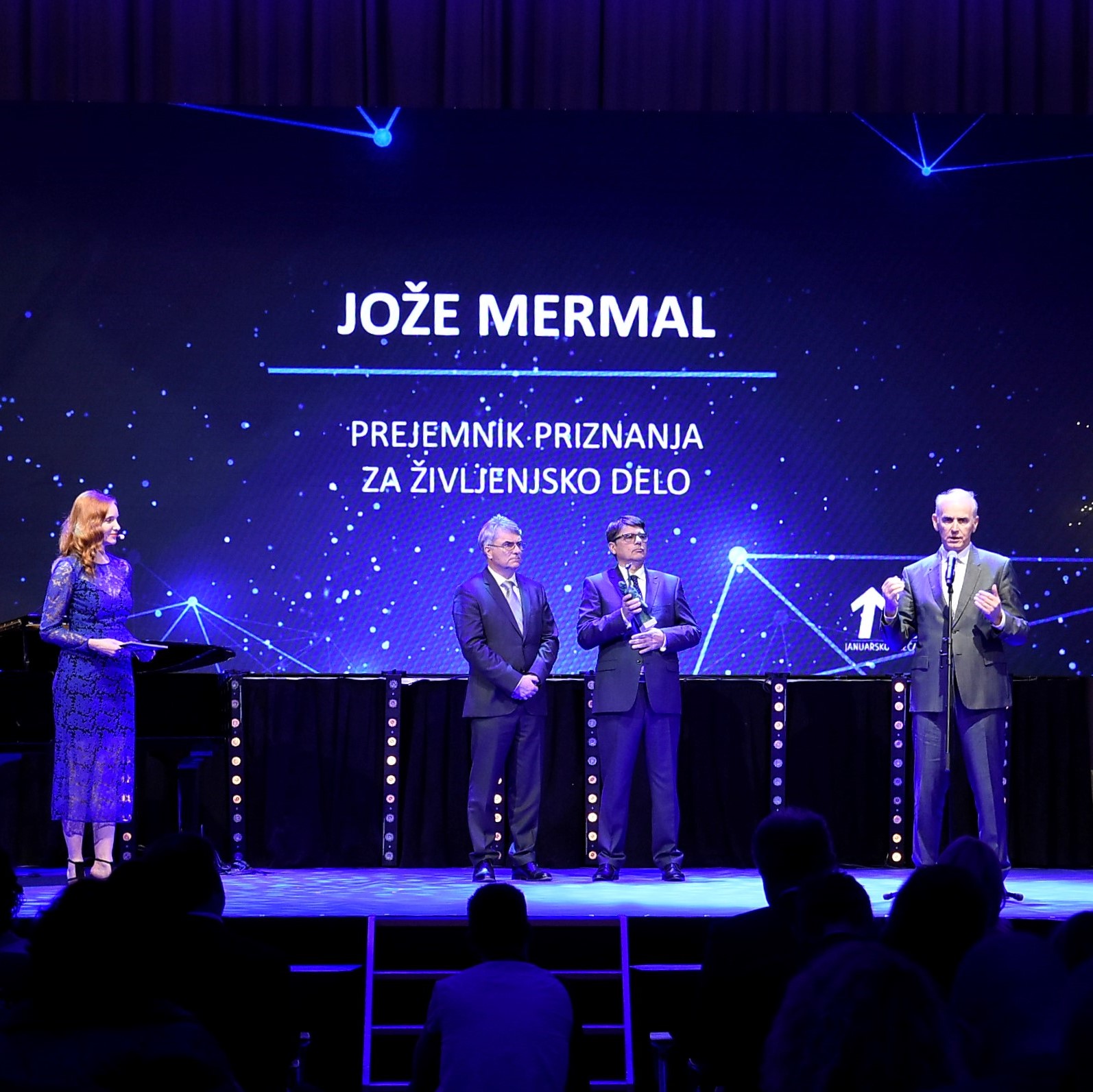 Jože Mermal has been associated with BTC for already 42 years. During this time, he has completely transformed it and changed the formerly degraded area of Ljubljana with public warehouses into one of the largest business, shopping, recreational, entertainment, cultural and innovative centres in Central Europe, boasting 21 million visitors per year. Since he took over the management of BTC in 1993, net sales have increased by 3.5 times to 71 million Euros; the number of employees has increased by 80% to more than 500 people. In 26 years, 200,000 m2 of office space have been renovated and additional 150,000 m2 have been built. The investment amounted to 269 million Euros, with BTC’s partners adding additional 184 million to the investment. This way, BTC is increasingly developing also into an innovative, smart and green city.

The vision of a shopping centre nobody believed in

In 1975, Jože Mermal was included in the BTC Fellowship Programme, and three years later he joined the company as an intern. In the most difficult times when the former common Yugoslav market collapsed and Jože Mermal and his team knew the story of public warehouses was coming to an end, he took over the management of the company. He set out a visionary and ambitious story of the first Slovenian shopping centre. Although no one believed in it at the time, in 1993 he opened 70 shops spreading across the area of 12,000 m2.

The turning point: the story of BTC City

Jože Mermal went on with his brave vision and bold plans. He outlined at that time a globally unique concept of BTC City. The pivotal year 1997 called for additional investments in order for the plans to be realised. Jože Mermal found the funds in London as BTC was listed on the London Stock Exchange as the only Slovenian company, thereby raising money for the development of BTC City. Today, the City extends across 400,000 m2 with more than 450 shops, 70 catering establishments, a market, 2 business towers and more than 3,000 Slovenian and foreign companies, a hotel, a water park, a sports centre, a multi-cinema complex, a theatre, etc. Located alongside BTC City, there is also BTC Logistics Centre.

Transforming into an innovative city with ABC Accelerator
However, Jože Mermal’s vision did not end there: he started supporting projects that develop innovative solutions and green technological transformations. In 2015, he co-founded ABC Accelerator, which today is a global generator of innovation and change. He has assisted in the development of 130 start-ups, and opened a Silicon Valley branch in 2016. ABC Accelerator was selected as the best accelerator programme in Central Europe.

Trendsetter: BTC City as the first Bitcoin city in the world and a testing environment for autonomous vehicles

Setting trends is written in Jože Mermal’s DNA. BTC City has become the first Bitcoin city in the world where payments with cryptocurrencies are possible. BTC has started implementing blockchain technologies in its business activities and introducing a concept of a real-life testing environment – BTC City Living Lab. BTC City has also become a testing environment for testing advanced business ideas in a real-life environment and also a testing ground for autonomous vehicles.

Yet, his restless spirit is still very much alive; for this year, he has announced the opening of the Ikea store, which will attract 2.5 million new visitors per year, and the opening of a new robot centre.

Despite numerous challenges and new goals, last year after 26 years of managing the BTC Company, Jože Mermal decided to leave the management in the hands of his successor, Mag Damjan Kralj. The company introduced a new, one-tier management system, in which Jože Mermal is the Chairman of the Board of Directors. He says that such a system will enable a more intensive inter-generational cooperating and connecting, as well as the intertwining of wisdom and experience of older members with the breakthrough energy of the younger colleagues.

Jože Mermal is not only known for his managerial achievements but also for his exceptional sense of caring for people, the society and the planet. He says that he has always put people, employees and co-workers first. To him, guiding people is the first and the most significant role of a manager; among the values closest to his heart, he mentions honesty, integrity and kindness.

Jože Mermal advocates for the fact that managers need to be integrated in their environment. He is certain that without it no society can be built in which people would live a satisfactory and quality life, and he never forgets to mention the necessity of common care for the planet. Over the last 15 years, BTC has invested more than 50 million Euros in sustainable development and 8.7 million Euros in socially responsible projects over the last eight years. On a yearly basis, the company supports over 300 individuals, organisations and projects which is a testament to the company’s value of social responsibility.

He received numerous awards for his work; among them, there was also the title Honorary Citizen of the City of Ljubljana (2017), he was named Best Manager of Southeast Europe (2016), he received the award from the Chamber of Commerce and Industry of Slovenia for exceptional economic and entrepreneurial achievements (2014), etc. Closest to his heart are the award Manager of the Year (1997) and the European Award for Socially Responsible Business Practices, which he received for the financial and organisational support of women’s ski jumping in Ljubno (2013).

Ljubno is a story about putting women’s ski jumping on the world sports map, a story, which he and the volunteers from Ljubno wrote from scratch. A part of his success stories are also Marathon Franja BTC City, which in its history saw the participation of over 100,000 cyclists, and the first Slovene women’s professional cycling team. With such projects, Jože Mermal has shown what significance he gives to diversity and equality.

His achievements in the company and on a broader scale constitute an exceptional managerial opus which was the reason he was named the 18th recipient of the Lifetime Achievement Award and he is only the second one to have also received the award Manager of the Year.

The Managers’ Association of Slovenia gives out lifetime achievement awards in management to its business colleagues who have written a chapter in the history of Slovenian management through their achievements and influence. The committee that proposed the recipient of the award included Andrej Božič (President of the Committee), Tomaž Berločnik, Tjaša Kolenc Filipčič, Aleša Mižigoj, Saša Mrak, Sebastijan Piskar, Melanie Seier Larsen and Aleksander Zalaznik.